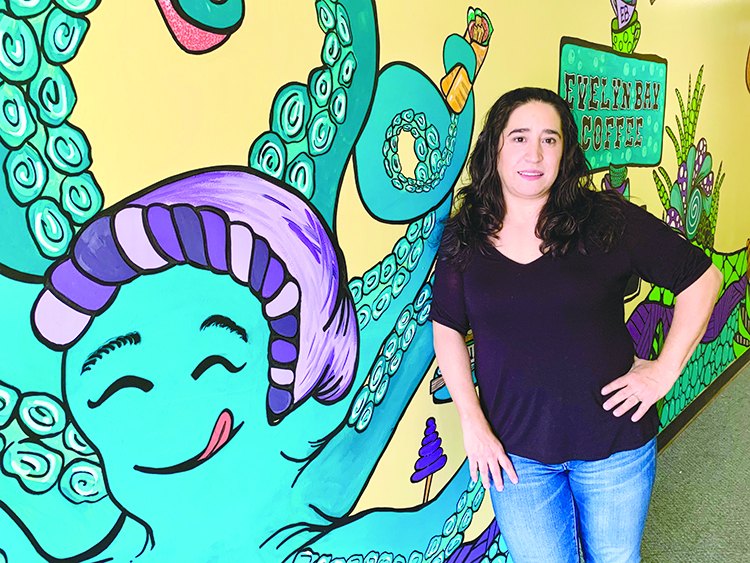 Artist Michelle Robles Henry recently spent approximately 60 hours painting the back hall of the Evelyn Bay coffee shop in downtown Charlotte — taking it from a long yellow hall to a combination ‘undersea and coffee’ adventure. Henry was commissioned for the job, her first full wall mural, by the owner of the coffee shop, Erica Limas.

Limas has owned Evelyn Bay for the past five years.

“Our back hallway was just too plain,” said Limas. “With the art and photography that we have on display, and with the new front entry to the shop, we wanted something interesting in the back, too.”

Henry is a self-taught artist. She also works as a secretary at the Barry-Eaton Health Department.

“I’ve always doodled as a relaxing thing,” Henry said. “It was something I did to pass the time.” She refers to her style as a wall mural “doodle,” or as “zen doodling.”

Henry didn’t get into painting until 2016, when she found herself divorced and an empty nester. She started painting on found objects and furniture using whimsical designs and mandalas and sold her work at craft shows.

“I just want people to be happy,” Henry said. “Fun, simple and bright is what I love, along with patterns, simplicity and shape.”

Henry was given free rein on the Evelyn Bay design and the colors used. She selected teal, purple, green and orange, all which pop against the yellow of the wall, she said. She chose to go with an octopus and coffee theme and then a lot of random “doodles” to fill the rest of the space.

The mural took a couple weeks to complete and measures almost 38-feet long.

“It created a life of its own,” Henry said of the design.

She explained it did not start out as an octopus in her early sketches; it changed as she progressed.

“Some guy said it was psychedelic – a trippy little Alice-in-Wonderland kind of thing.”

Limas hopes the work inspires other people, especially children. Her own daughter, Grace, was fascinated with the project and wanted to be part of it.

“I hope it sparks other children to be creative. They sometimes need just that little spark to get them started.”

Henry’s boyfriend, Steve Harris, and daughter, Rachel, assisted her with the mural. And people passing through the hallway in or out of the shop stopped and gave feedback and comments. She said she appreciated this input, as it helped her further develop the mural.

Limas said that, eventually, the wall opposite the mural will also be painted. The tentative theme for that side is coffee and music, but the final decision has yet to be made.

Limas and Henry encourage community members to stop in and check out the mural in person. Evelyn Bay is located at 134 S. Cochran Ave. and is open Monday through Saturday from 7 a.m. to 7 p.m. 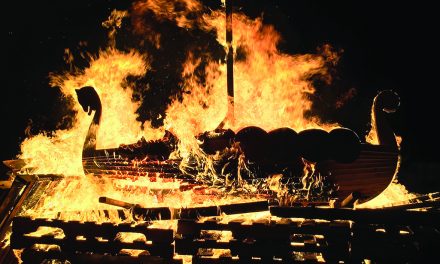 Nordic Fire Festival turns up the heat for year 2 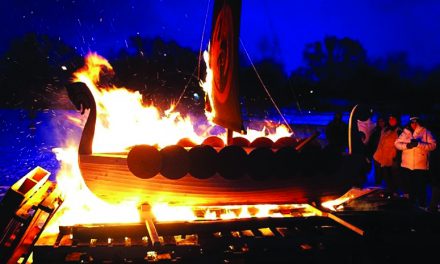 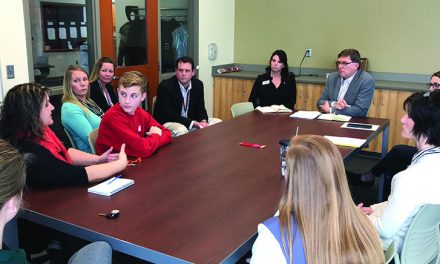 Charlotte High School recognized as a leader by state officials