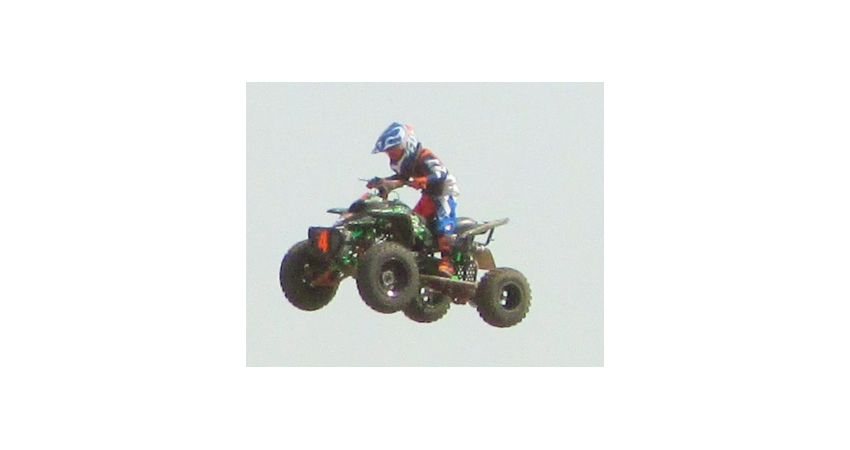 Remember back, way back, during those early years of grade school. Did you ever come in first, or second, in much of anything? Maybe you engaged in challenges during grade school spelling competitions, perhaps a foot race with fellow students, or of course, a race on your bike. Maybe you didn’t finish first or second. If you were anything like me, you ended up fifth or sixth most times.

Well, the Charlotte area is home to a young man who is currently sixth in the entire nation racing quads, and currently first in the state in one of the categories of quads. Meet Tanner Reynolds.

During a conversation with young Tanner Reynolds and his dad, local real estate broker, Dave Reynolds, I quickly learned racing is Tanner’s desire, which has truly turned into a family affair. David did tell me when the day comes that Tanner says he no longer cares to race that will be the end of it. Until then, dad, mom, and little brother are all in on the racing.

It seems on almost any given weekend the family has gone racing to an event, either close by, or most times, a few hundred miles away. During the summer, the typical race weekend starts on Thursday afternoon. The family loads the trailer, now carrying two racing quads, and various spare parts, which through experience have mandated which extra parts to take along. The first thing Tanner does at arriving at the race site, however, is to jump on his bike and go visit all of his friends showing up to race.

The family recently returned from the Loretta Lynn Nationals in Tennessee where Tanner finished 5th place over all in  the 50cc CVT event out of a field of 20. In fact, Tanner has been so impressive that Hetrick Racing Team out of Pennsylvania has agreed to make Tanner part of their national racing team.

Tanner’s isn’t exactly an overnight success story. All this began three years ago on Christmas day. Santa Claus brought 4-year-old-Tanner a stock 50cc quad to run around the property. He drove it out the door and into his love affair with his racing future. His first race was to be in Charlotte during the fair, but it got rained out. So the next week he finished second in his first ever race at Ionia at age 4.

Tanner runs in two classifications. There is the 50cc in Nationals and 70cc for Districts. David told me these modified two stroke engines can run up to 16000 RPM’s and create unbelievable power on a quad that weighs only 175 pounds.  There is not a great deal of wide-open straightaways on the normal two-mile track to run the quads to maximum speed. However, there are plenty of bumps and jumps to test the machine and rider. Often in races, you can see Tanner coming off a jump propelling him over 50 feet before landing.

Safety is always the main concern and is heavily stressed. You find the required helmet, gloves, boots, goggles, pads and racing suit. Tanner told me he has wrecked a few times and has been hurt only once. It seemed during a crash he had fractured his arm, did not realize it at the time, and finished the race.

The racing season for quads can run the entire year, but Dave does not allow Tanner to run all the races. The races themselves vary due to the track and track set up. Not only are there the moto cross tracks, which are preferable to Tanner, but also flat oval tracks both dirt and hard surface. There are also indoor tracks, which are sparse in this area.

Make no mistake this is a family affair. Tanner’s mom, Becki and younger brother, Tate look forward to the racing weekends just as much as dad and Tanner. It is a lot of work, but David and Becki try to make it seem like a vacation as well as racing. Tanner has visited many towns, seen many sites when time permits as the Reynolds family always tries to take advantage of what the area has to offer. David said the best part of the entire weekend trip process is the closeness and friendships they all have gained.

Charlotte is Rising all around us 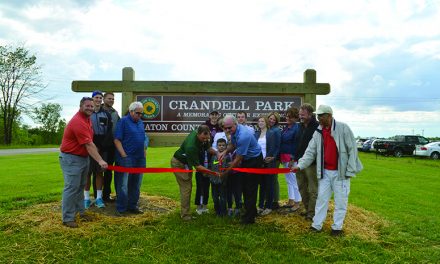 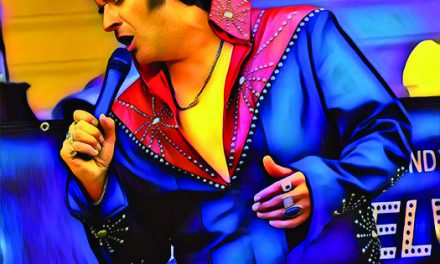 Elvis is coming back to Charlotte 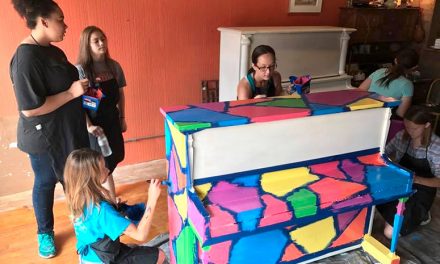