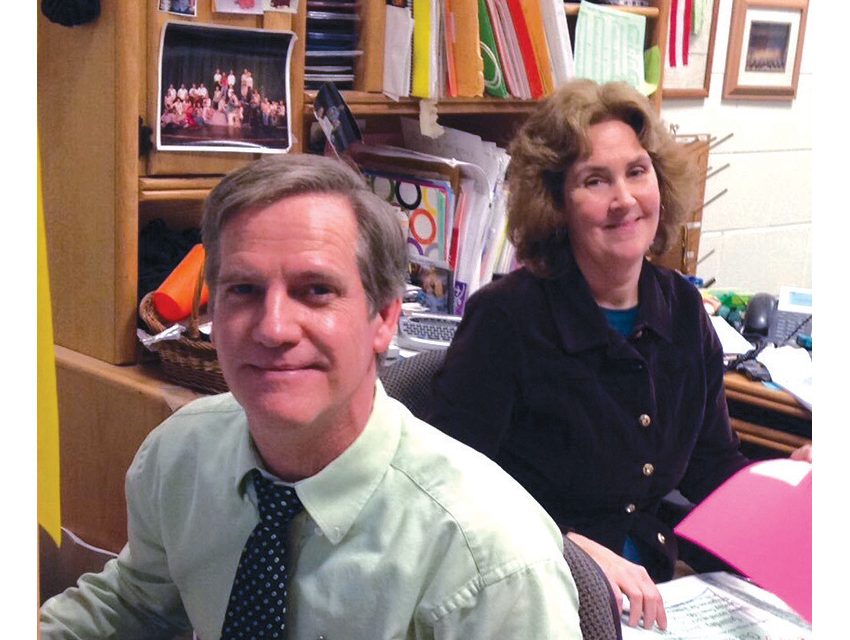 After 24 years of conducting, band camp, band trips, competitions, and Dave’s famous “one more time” line, the Funks are saying goodbye to directing at Olivet schools. While Dave was the official band director for the schools, he and his wife, Lynn, were an inseparable unit for 19 years in Olivet. Leaving behind a legacy of music, hard work, and family, Dave reflected on their time in Olivet with the County Journal.

“We’ve impacted hundreds of kids over the years,” said Dave. “I always enjoyed watching kids grow and mature into the opportunities band had to offer.”

Dave Funk started his teaching career in Colorado, then later taught in Bad Axe and Buchanan, Mich. It was Olivet that stuck, however. The Funks had been well prepared for the small town environment, and they found a program they could build on and nurture into something greater. Starting with around 40 students in their first year, the program under the Funk’s direction grew to 120 students at its peak and has remained over 100 participants since.

But for Dave it was never about the numbers. He knew that his small town band would likely remain humble and modest, but he wanted to impart something larger on his students.

“My philosophy is these kids aren’t any different than kids from bigger schools,” said Dave. “Just because it’s a small school doesn’t mean you can’t have a big impact.”

Dave’s philosophy was affective for his students. He and Lynn continued to invest and garner the buy-in to the program so that Olivet could have the same opportunities as larger band programs. Olivet bands were regular attenders to larger competitions both locally and nationally, and was a consistent participant in opportunities like their Disney trip, during which the band would march in a parade and record in a real studio.

State festivals, solo and ensemble, jazz band, playing at the Lincoln Memorial were just a few of the opportunities provided for Olivet students over the years. The greater opportunities, however, were in participating with other students in mutual goals, learning to be self-critical and to take other’s criticism well, and finding the beauty hard work and accomplishment, according to Funk. Band offers students not only the skills to play an instrument, but also critical life skills and opportunities to mature into confident members of society.

“The arts provide Humanity. We often underestimate the power of working with each other and creating something of our own. That’s part of nurturing the soul of a child,” said Dave. “I’m worried about how we’re cutting the arts. We need to nurture all the kids in the arts. It’s very valuable for kids to learn how to create and learn together and have feelings about something. I believe in the power of the arts.”

Dave and Lynn are already moving into the next stage of life. It’s a little uncertain, but the couple knows well that the beautiful things in life always start with a blank canvas, or complete silence.

Thursday, May 24 Dave Funk directed his last band concert with the Olivet bands, and provided an opportunity for alumni to play in one more song. Dave’s old line, “one more time,” is now “one last time.” Dave and Lynn are thankful for the immense community support they’ve had over the years, from the schools, from parents, and of course from the students. Dave hopes Olivet will continue to nurture the band legacy in Olivet to bring up the next generation of musicians, music lovers, and artisans. 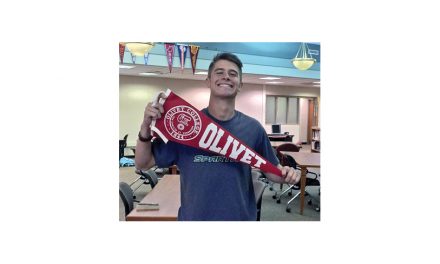 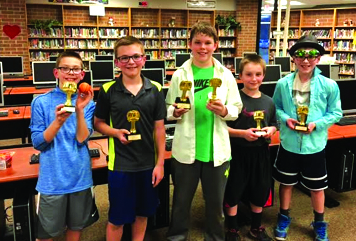 Olivet students read and write their way through March 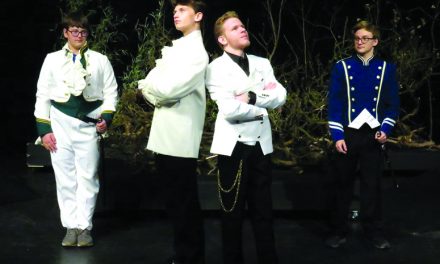