A Vermontville native, Kelsey graduated from Maple Valley High School in 1967 and chose to remain an active member of the community. His involvement includes an impressive list of boards and committees, but his dedication to the Syrup Festival, where he served as Master of Ceremonies for 35 years, is rivaled by only a handful of residents.

It is for his years of dedication that organizers of this year’s festival have chosen to honor him.

This year’s festival officially gets underway with the opening ceremonies on Friday, April 27 at 6 p.m. on the main stage.

Included in the Friday festivities is the annual talent competition, which features a number of local acts showcasing a variety of skills. You will also find some of the best pancakes around being served up by the American Legion and Nashville Lions Club at the American Legion (located above Independent Bank) from 4 to 8 p.m. or the Maple Valley Band Boosters at the fire station from 5 to 7 p.m.

As always, Mid-America Shows will be on hand providing entertainment on the “Midway,” including rides and games for everyone on the family to enjoy.

Start Saturday off right with a second helping of pancakes smothered in your favorite syrup. The American Legion, Lions and band boosters begin serving pancakes at 7 a.m. and will serve them throughout the day. The community is filled with activity all day long, including the Vermontville arts and crafts show, flea market, a petting zoo, performance by the Maple Valley Jazz Band, Maple Valley Choir and the Glen Erin Bagpipe Band, among others. The children’s parade: “Maple Syrup is Springtime Sweetness” takes center stage at 11 a.m. The grand parade, “Maple Syrup and Sunshine,” begins at 3 p.m.

The celebration continues through Sunday as the streets of Vermontville will be filled attractions such as various displays, games, free entertainment and arm wrestling. Local syrup producers are located throughout the village selling syrup, candies, crème and the ever-popular maple syrup cotton candy. 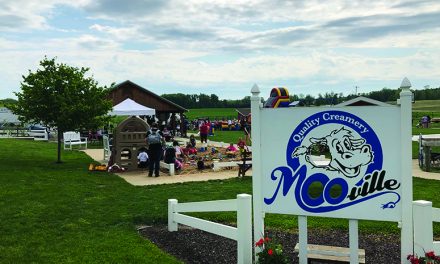