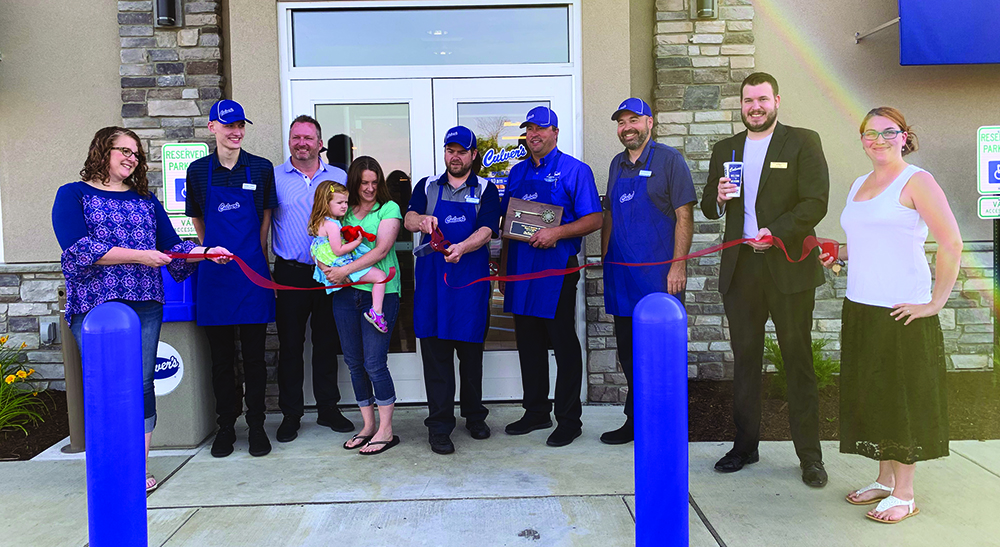 In perhaps the biggest news to hit Charlotte in quite a while, Culver’s has opened its doors to the delight of many. The new restaurant is located on 524 Lansing St., right next to Biggby Coffee. It held its grand opening, along with a ribbon-cutting ceremony, on Monday, June 29.

Owner Matt Amero was there with his family, as was his very busy crew as they prepared to open their doors for the first time.

“We are really excited about it, and so is everyone else,” Amero said with a smile. “We’ve had about 40 cars driving through here every day over the past few days, hoping to discover that we were open.”

Amero and his team have been hard at work, preparing for the opening. He said that, for the past week or so, sleep has been in low supply.

Culver’s broke ground in early January and should have opened about three months later. But due to COVID-19, everything was delayed.

“Construction was halted statewide,” Amero explained. “We were shut down for seven weeks.”

But all that is behind them now, as their doors are officially open, for both drive-thru and dine in. Due to COVID-19 restrictions, inside dining will be only 50 percent of capacity until further notice.