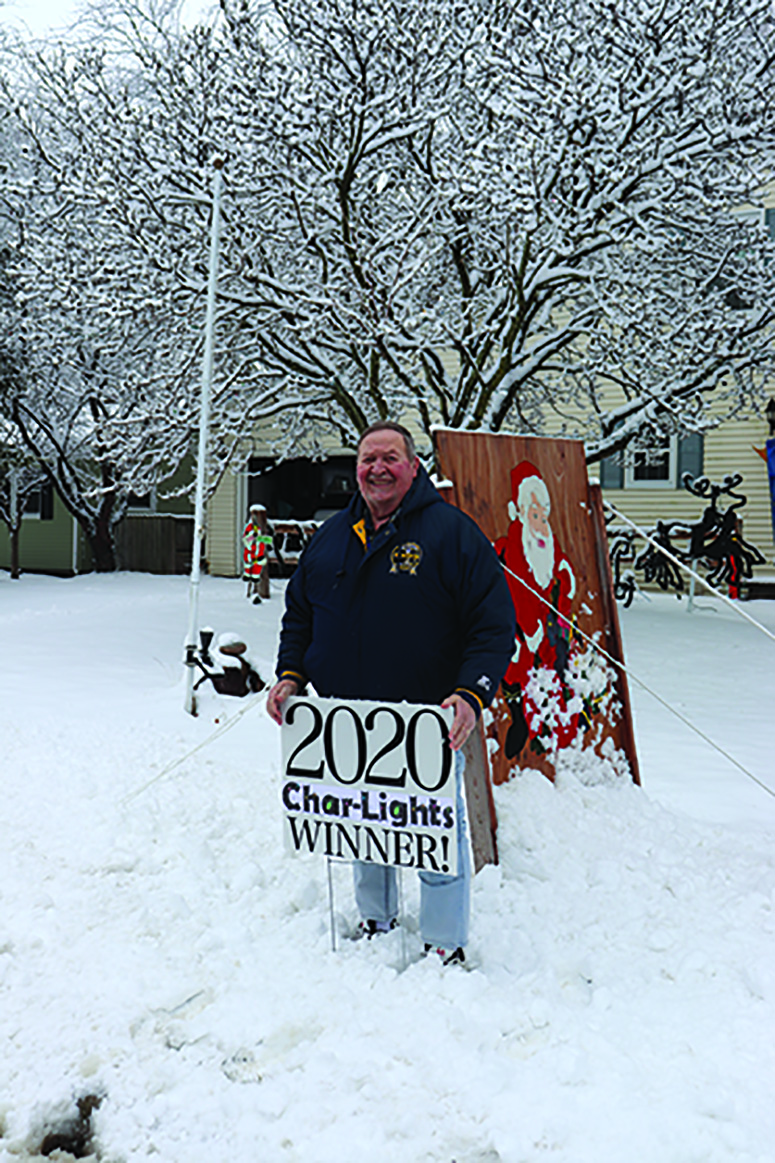 Although a tight race for most of the competition, Ken Fedewa emerged as the first winner of Char-Lights, a holiday decorating contest held this year for the first time in Charlotte. Fedewa is a longtime resident, whose home display resides on Northway Avenue.
Fedewa has always enjoyed decorating for the Christmas season both inside and outside his home. Due to the COVID restrictions, he cut back this year since he and his wife, Donna, were not hosting any Christmas parties. Soon after finishing his more modest display, his daughter, Jill Cates, told him she had entered him in Char-Lights. She and her son, Alex, then proceeded to help beef up the light display to be more in line with Ken’s usual scene. Ken was very pleased to have won the event, and although it was fun, admits he doesn’t plan on entering in 2021. He will continue to decorate for Christmas, however.
The event, created by The Festival Alliance, was open to all Charlotte residents who registered. The first year generated 19 registrants and voting was held Dec. 15 through Dec. 31. Voting took place through CharlotteRising.com, where donations were received for each house. The residence with the highest number of votes, won the $200 cash prize. The remaining donations were given to St. Vincent Food Pantry
Without any budget and limited time, Char-Lights event coordinator, Margaret Yeager, is thrilled with the results from its first year. The event raised $1,224 for the St. Vincents Food Pantry.
“The generosity of people, especially during such a difficult year, is really heartwarming,” Yeager said.
Due to the generosity of Red Rosie’s Bakery, located on the corner of N. Cochran and E. Harris, a second and third place prize was also awarded. Shortly after the event was announced on Facebook, Colleen Armitage, the owner of the bakery, reached out to Char-Lights. She was so touched by the idea of having a bit more cheer spread around town, she offered to provide two gift baskets of goodies to be used as needed.  The second place winner was William Thrush, whose home is located on North Cochran and Gower Lucus, on West Kalamo Highway.
Submitted by The Festival Alliance 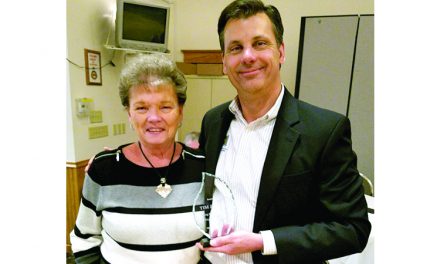 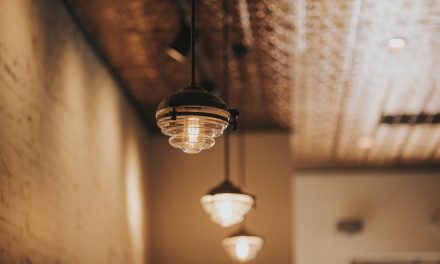 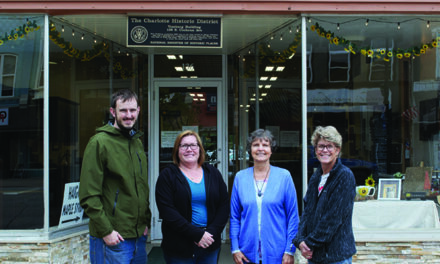