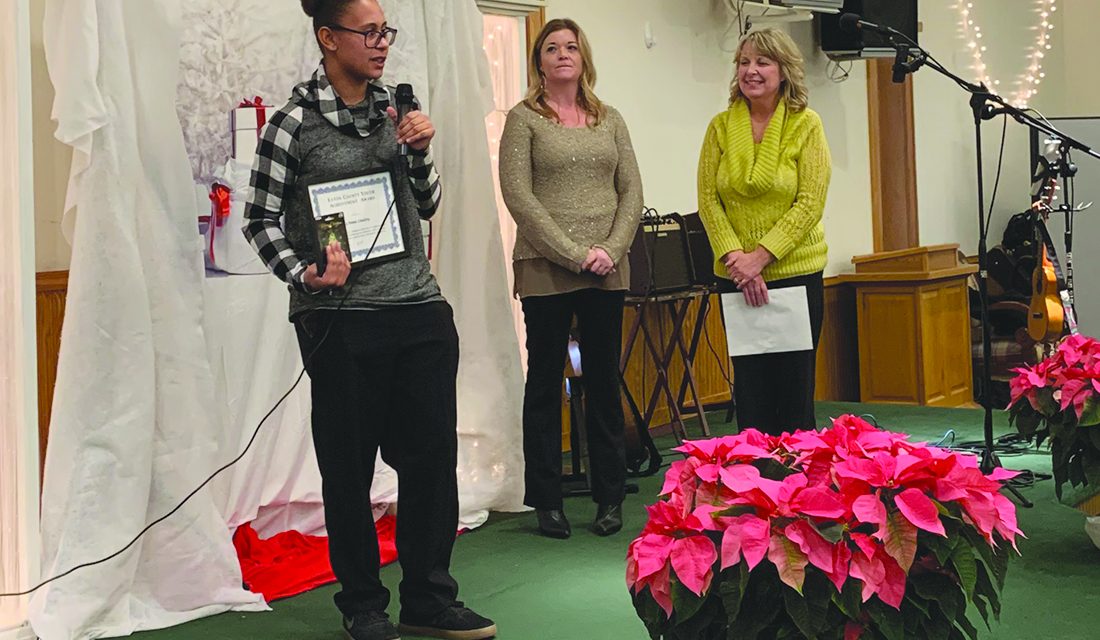 The 74th annual Christmas Children’s Luncheon was held Dec. 11 at the Eaton Area Senior Center. The event was hosted by Eaton County Juvenile Court and staff from the Eaton County Youth Facility. The highlight of the gathering was the presentation of the 2019 Youth Achievement Award. This year, that honor went to Leanna Lindsey of Olivet.
Leanna was nominated for the award by youth facility aftercare coordinator Jill Pugh and juvenile probation officer Lauren Whitaker. Pugh introduced Leanna to the luncheon attendees and spoke of the many reasons she deserved this year’s award.
Leanna is 16 years old and is a junior at Olivet High School, where she gets As and Bs. Pugh said she is currently in foster care in Olivet, where she is thriving. Her foster parents plan to file for guardianship of her in the future. Her younger brother also lives in the same home.
Pugh explained that Leanna first became involved with the juvenile court in October of 2016. She was put on probation and was eventually placed in the county’s community-based treatment program. The Michigan Department of Health and Human Services (DHHS) eventually became involved, with investigations regarding protective services allegations. Leanna was then placed with DHHS as a “neglect ward.” It was this DHHS involvement that led to her being placed in foster care.
Pugh said Leanna is a member of FFA (Future Farmers of America), attends a church group and volunteers in the community. She also recently got her driver’s license.
“We always knew Leanna could thrive in a setting where she felt safe, supported and cared for,” Pugh said. “Leanna is a caring and loving person, and it is my honor to nominate her for this award.”
After coming up to the stage to accept her award, Leanna told the crowd, “I am not very good at public speaking.” But then she proceeded to speak very eloquently of her appreciation for all those who have helped her over the past few years.

Others honored
The Honorable Thomas K. Byerly — chief judge for the county probate, circuit and district courts — served as the event emcee. It was a full house, with approximately 130 in attendance. Attendees included staff from the various Eaton County court offices, area municipal leaders and community members.
Prior to the presentation of the Youth Achievement Award, three employees were recognized for their efforts and named the Michigan Juvenile Detention Association Child Care Workers of the Year. They were Lauren Fisk, Joheather Grant and Doug Sherman. 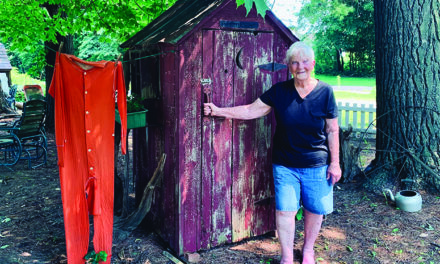 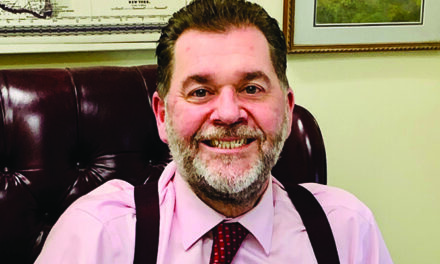 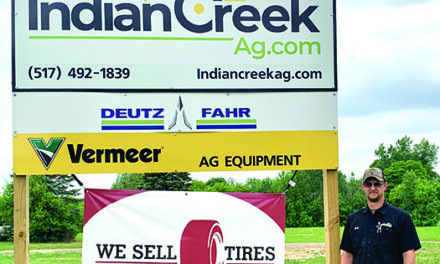