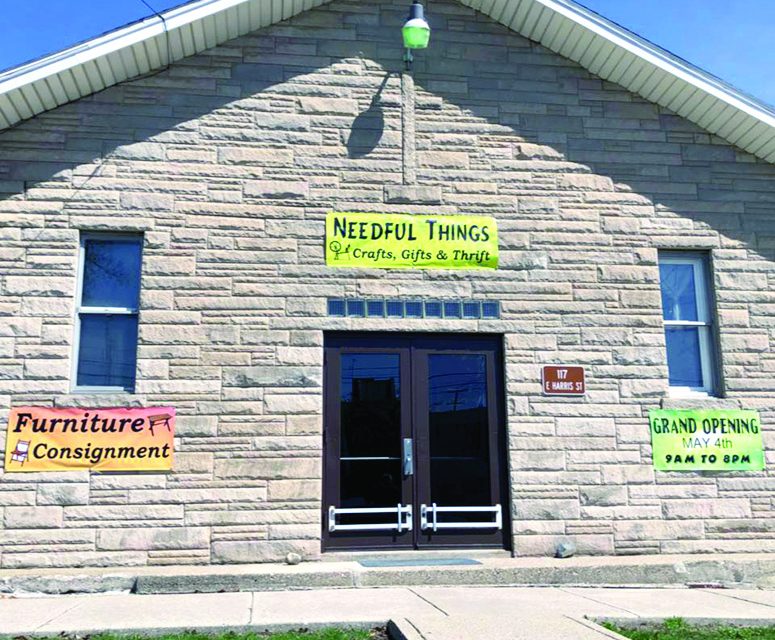 A new business has made its home on Harris Street, behind the Charlotte Plaza Floral building. Needful Things, a store that hosts close to 30 vendors, who provide a large variety of merchandise, had its official opening on May 4.

Storeowner, Jeff Kenyon is excited to see what people will find.

“One of the great things about a store like this is items are constantly coming and going and you never know what is going to show up each day.  I find myself looking around the store every day just to see what is new that’s been brought into the store.” Kenyon said. “There are only a few booths left available for rent which has been great for our business and the community.  Not only has it filled our store with a variety of items but has given local artists and pickers a place to sell their artwork and crafts along with fellow pickers like ourselves.”

The idea for a store like Needful Things came from what Kenyon says was a collaboration of different ideas. From a love of auctions and television shows like Pawn Stars to their hobby of repurposing items to resell, it seemed right to base a store around those concepts.

The store is an extension of their original hobby and business, which they started eight years ago by buying and selling online and out of garage sales. They purchased a building in Portland and partnered with the storeowner to fix up the building and expand their business.

“We have also been questioned about the name of the store,” Kenyon said. “It is most definitely named after the book/film by Stephen King. When we needed a name for our business it was the first thing that popped into my mind and being Stephen King fans, the name just stuck.”

Unfortunately, in the winter when the ice dam on the Grand River occurred, it flooded the building’s basement. “We lost a lot furniture and other items that were for sale in the basement along with a high volume of our inventory that was stored there. It was a long process of trying to get the water out of the basement, trying to salvage our merchandise, and clean up.” Kenyon said.

The storeowner decided to close the business and the Kenyons were forced to shut down.

“Luckily, we had already purchased the building in Charlotte and during the events of the ice jam we closed on the building and began setting up our new location for Needful Things to become its own store.”

The Kenyons are from Lake Odessa, but have spent lots of time in Charlotte and are looking forward to working with and supporting local businesses.

“Needful Things has been very well received by Charlotte and we are so grateful for that.  So many people have expressed how excited they are about our store and have even helped advertise for us,” Kenyon said. The store has had a really good turn out and for that, the Kenyons thank everyone. 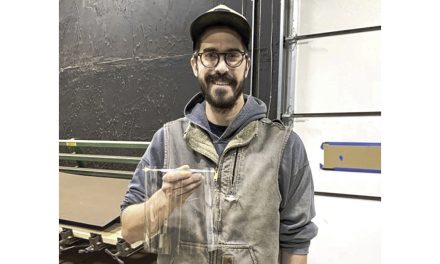