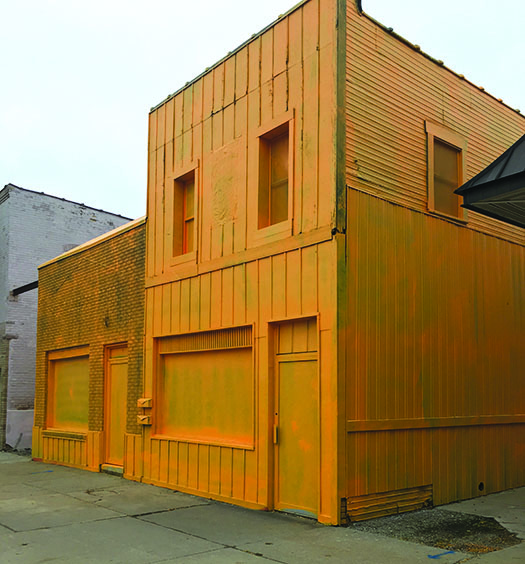 The Monday before Halloween is always an exciting time in downtown Charlotte. Close to 1,000 children, parents and families fill Cochran Avenue, most in costume, as they trick or treat from business to business.
As if candy and costumes weren’t reason enough to be excited for Monday, Oct. 24, the Charlotte Chamber of Commerce in conjunction with #CharlotteRising and local business owners has added a new event to this year’s Almost Moonlight Madness event.
“Paint the Piece” is an opportunity for participants to toss paint-filled water balloons at one of downtown Charlotte’s most blighted properties. The buildings, located on the 100 block of East Lawrence Avenue, have already been painted bright orange in anticipation of serving as the canvas for this community creation.
The balloons can be purchased Monday, Oct. 24 for $1 each or six for $5. Participants will begin tossing balloons against the building at 7:30 p.m. in an effort to create a temporary piece of art that will remain downtown until the buildings are torn down in the spring.
The idea was generated during the community workshop that was led by renowned author Peter Kageyama held at Maple Brook Golf Club Oct. 4. The project was one of five to receive a $500 grant that evening.
“It’s a scar on our downtown and our community, it’s a blighted building,” said Jason Vanderstelt, one of the originators of the Paint the Piece project. “We’re going to turn it into something positive.”
The Paint the Piece project is the first project to take shape stemming from the community workshop and was actually one of two initial grants announced that night. The project that received the most votes at the community workshop is a three-day beach party — “Sandemonium” — that will take place at Beach Market next year. The three other ideas that will be funded through the generosity of community members attending the workshop include the creation of musical instruments from recycled materials that will be placed in the new pocket park for anyone in the community to play; a project that inspires local families to display their “footprint” in the community; and game tables that will be constructed within the new pocket park, inviting community members to meet downtown for a game of chess, checkers, or cards.
The Almost Moonlight Madness parade down Cochran Avenue begins at 6 p.m., with lineup taking place at 5:30 p.m. at Courthouse Square. Trick or Treating will follow at participating businesses. 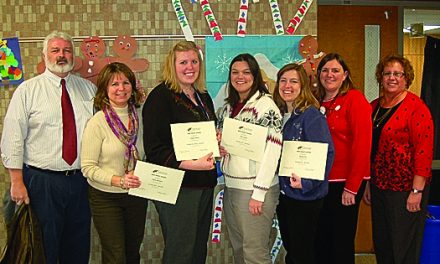 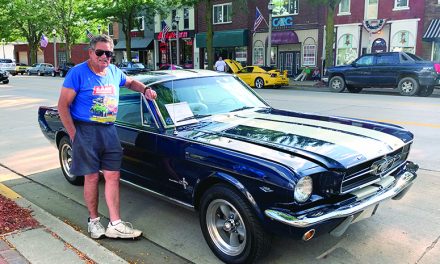 Santa Claus is coming to town … your town