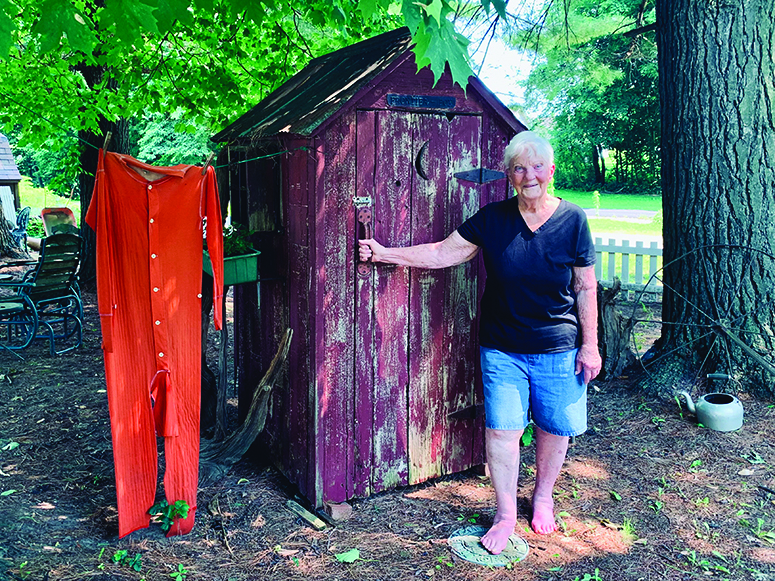 The passion to create is a strong force in some people; it’s something that doesn’t necessarily fade as we grow older. Joan Raines, age 91, is a prime example of this. Raines not only creates, but for 12 years has had a shop called Wildflower Cottage Primitives. It’s located on Perkey Road in Charlotte, and she sells a wide variety of primitive crafts, antiques, furniture, home décor items, gifts, and “anything that’s a little bit odd.” In addition, she is active on Facebook promoting her business, something that you don’t see too many other people her age doing.
She was inspired when she visited a friend’s home. It was decorated in a primitive, folk-art style, with muted colors, and with a simple look. “It talked to me. It just talked to my soul.”
She works each day on her business, although it’s not open daily. “This is what I love to do,” she explained. “I’ve been busy all my life and I love to work.”
In addition to her creative aspirations, Raines also has two and a half acres of land and her house to keep up. Whimsical touches can be seen around the property with items hanging from trees, decorative objects nestled among her plants, all providing a pleasant reminder of days gone by. She walks barefoot most of the time, has always been active, and is a very down-to-earth person.
“I feel wonderful,” Raines said. “Arthritis doesn’t stop me.” Being cooped up for a year during the COVID-19 pandemic was rough, though, she said. “I’d rather be outdoors than in the house.”
Raines grew up in the Haslett area and was one of five children. Her father worked at Motor Wheel. She was born during the depression, but they were never hungry, she said, as they had a farm where her father butchered the meat, and her mother canned the produce that they grew.
“I didn’t know I was poor until I left home,” she reminisced.
Around 1953 Raines and her husband bought a 60-acre farm, and then bought a resort on Jordan Lake in Lake Odessa. Raines ran the resort, which had three rental units, a bait shop, coffee shop, boat rentals, and a park, along with raising their two kids.
Later she worked at Hayes Green Beach Hospital in admitting, and then worked for several doctors in private practice. She moved on to real estate for 32 years, retiring from that when she was only 80 years old.
Her small shop sits behind her home, is rough-hewn and rustic, and is the perfect setting for her primitive wares. A rag rug covers the floor, there’s a fireplace, and weathered wood for future projects rests on the ceiling beams. Dried flowers and herbs are part of the inventory, along with antiques and pottery, birdcages and cheeseboxes, and a wide variety of seasonal décor.
Her personality is also reflected in her lawn art and the nearby gardens. At one time she was gardening more, and people would ask to walk through the perennial gardens she grew.  She enjoys puttering in her shop, sometimes re-creating things she saw on Pinterest, and “tweaking” things inside her house, she said.
Raines is also a writer. She writes “musings” of her life. She explained, “I’m a deep thinker and I wanted to tell my stories.” She posts some of them on her Facebook page. She writes about her childhood, the things she feels, and what she sees when she looks out the windows of her home.
In addition to writing, Raines likes to paint, using acrylics on wood. She also enjoys recycling furniture with her son, Kurt. They repurpose furniture by stripping and painting or staining it to keep busy.
The Wildflower Cottage is open mostly by appointment, but Raines also holds numerous “pop-up” openings. She is considering being open one day a week on a regular basis but that has yet to be determined. She considers herself an entrepreneur and feels that being busy is one of the things that keeps her young.
Contact Joan Raines through her Facebook page @WildflowerCottage. 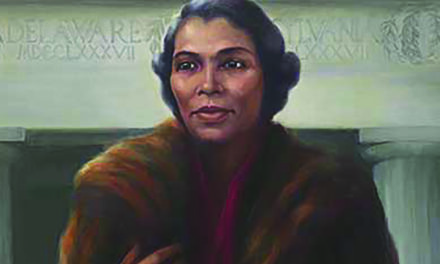 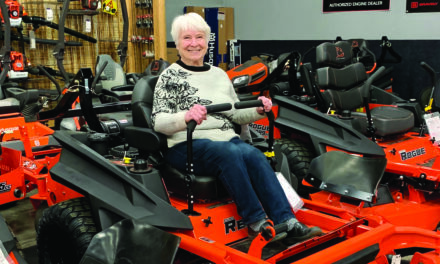 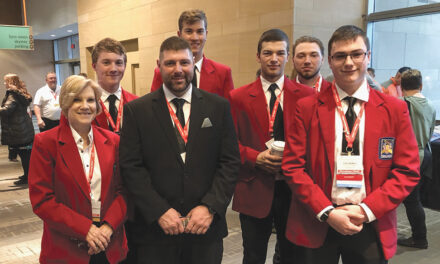