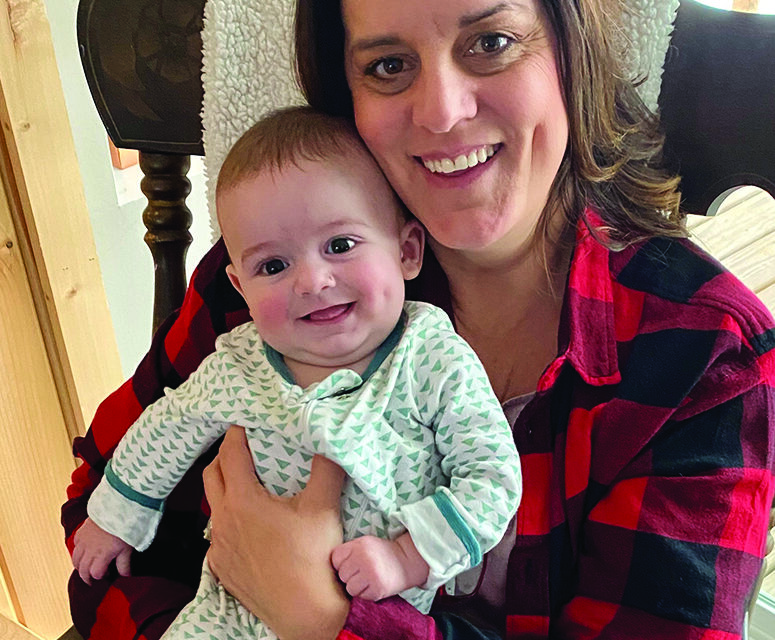 Laura DeLong is quite well known in Eaton Rapids. She is the broker and owner of Laura DeLong Realty located in the heart of downtown. Known for her generosity to the community and her compassionate actions, Laura can often be found sponsoring food pantries, hosting fundraisers, supporting local businesses, bringing attention to local events, and much more.
From an outside perspective, it may seem like she is living a blessed life. And she would agree! Laura would count among her most cherished blessings a loving husband, two wonderful sons and their exceptional partners, her five grandsons, and a hugely successful real estate business.
When asked what inspires her to reach out to the community, Laura explained, “If I see a need, it’s just natural for me to want to step in and make it better.” DeLong explained that she is committed to spending the rest of her life making a difference.
“I can help a lot of people by doing little things to make a difference, to lighten their burden,” she added.
But there is more to her story; a darker side that makes her success story more powerful and more endearing when you fully understand the trials and obstacles that were overcome to be where she is today.
DeLong would tell you that she grew up in an unconventional household, the youngest of four children.
“Life has a way of throwing things your way that you didn’t expect,” said DeLong. “By the time I was 16, I learned that the man who I called my dad was not my biological father, I was pregnant, I had dropped out of high school, and my self-esteem was shattered.”
When Laura’s young son was a few years old, Laura returned to her dad’s house after a fight with her boyfriend. As has happened many times before, a family friend snuck into the home and sexually molested Laura. This time her son was there to witness the attack. After finally mustering up the courage to report the crime, she was told “It’s your word against his. Let it go.”
As a single mom, DeLong has worked as a dental assistant and cleaned houses to pay the bills. After bouncing from home to home for a place to stay, she landed at a local motel. A major turning point in her life would happen when a client spotted Laura coming out of that motel. This client insisted that Laura stay with their family until she was back on her feet. In just three short months, she was able to save enough money to find a place of her own and a better paying job.
“I’m proud, honored, and grateful for the people who loved me and believed in me when I couldn’t believe in myself,” DeLong noted. “They did more than just believe in me. They gave me a hand up.”
DeLong was encouraged to consider a career in real estate by a co-worker, and she did just that. DeLong explained that the process seemed a bit overwhelming at first, but she earned her real estate license and joined a local brokerage. It wasn’t long before working in real estate just clicked and she’s never looked back.
“In my heart, I felt like I was put on this earth to make it a better place,” DeLong said. The first house she sold was in danger of going into foreclosure and DeLong, still a real estate rookie, convinced the bank to reduce the amount owed by the seller, allowing the seller to be able to pay off the loan. The peace she felt from taking some of the financial burden off her client was all it took for her to be hooked on selling houses.
Now that DeLong had a sense of who she was, she had a yearning to know where she came from. This started her on a quest to find out who her biological father really was. With limited knowledge, DeLong left no stone unturned as she endeavored to locate the missing members of her family. After 35 years, she finally found her biological father through DNA testing and old-fashioned research. The road was difficult. Convincing strangers to take a DNA test was no easy feat. But DeLong will tell everyone that it was worth the wait.
“Finding that last piece of the puzzle, learning about his life, and meeting the man who shared his DNA with me was all I wanted,” she explained.
Little pieces of the story kept coming together. And finally finding her father, Donald LaFond, the puzzle was complete. In addition to a striking resemblance, LaFond was an entrepreneur, quick-witted, frugal, and an adventurer, just like his new-found daughter.
Laura DeLong has learned to find love and peace where it blooms and that small, intentional acts of kindness can change lives. 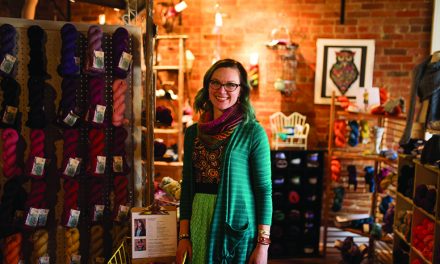