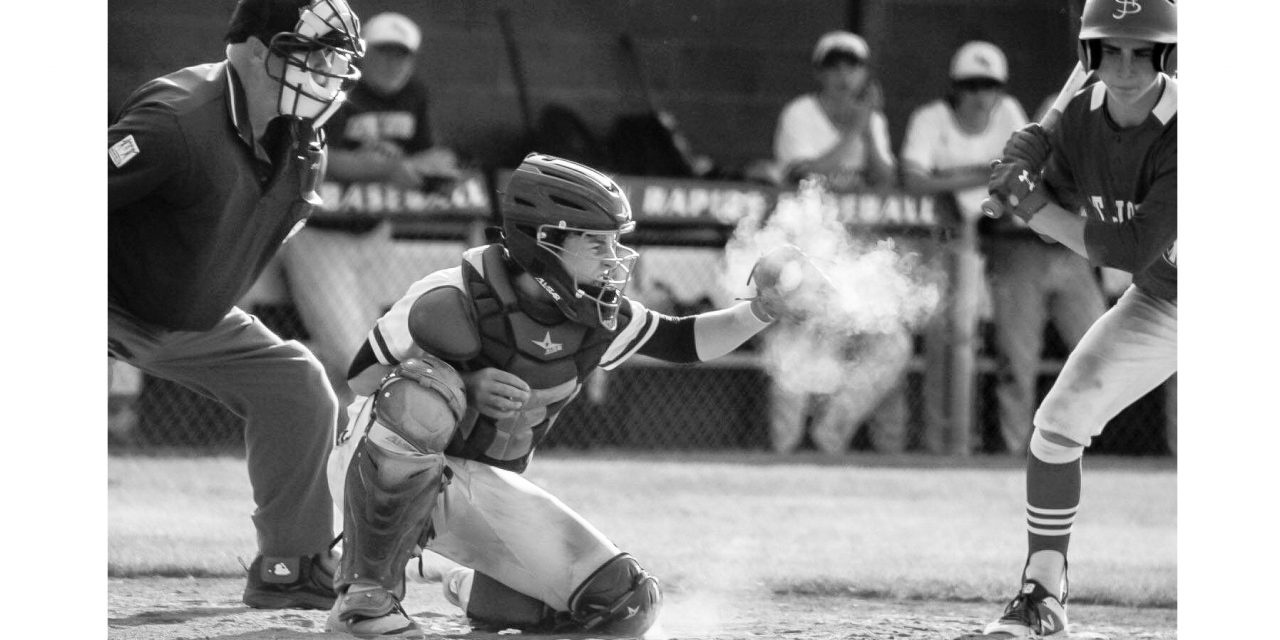 Sports photography can be challenging due to the issue of capturing rapid movement under not-perfect conditions. Amy Anderson, from Eaton Rapids, has taken on the challenge with her photos taken of Greyhound sports.

Anderson started in photography when she was in high school, just for fun. She took college photography classes, but most of those involved film cameras, not digital, and focused on film photography and developing the film. Her son’s involvement in sports through the Eaton Rapids schools for the last several years has provided the perfect opportunity to hone her skills at action photography, which is her passion.

Anderson (shown above) likes to capture that stop-action shot, and she has a passion for action sports. She uses a Canon 6D Mark II camera and almost always a 70/300 lens.
“It’s a passion for me, plus stress relief,” she said. “When I feel down, I find a sporting event and take photos.

“I watch sports through the lens of my camera. Capturing swimming photos is the hardest. It’s tricky to catch the faces instead of just water.”
Football photos are her favorite, she said, capturing the “crash and smash of the bodies” during the game.

This is not a business or a money-making endeavor for Anderson. She works at Sparrow Central Scheduling, having just switched from being a medical assistant. She takes sports photos because it makes her happy, she said, and to document an event for families.

“I share my photos with the community and the schools,” she said. “I’ve met a ton of people that I probably would have never known otherwise.”
Eaton Rapids Public Schools Athletic Director Jeff Dassance has high praise for Anderson’s work.
“If you don’t follow Amy Anderson on Facebook, you’re definitely missing out,” Dassance said. “She does an awesome job at capturing action photos for pretty much every Eaton Rapids High School sport.
“She’s such a generous person by being at almost every home event and several away contests. What started as her taking pictures of her son and his teams has now grown to benefit the entire ER athletics community. I couldn’t be more grateful for what she has done for us.”
Anderson said parents get excited to see her at sporting events because they know they will get photos and that they wouldn’t have those memories saved if she wasn’t there to shoot photos.

She also attends cheerleading events to take photos, having been a cheerleader herself in her youth.

Her advice to other photographers hoping to improve their action photos is to practice and not be afraid to change camera settings “on the fly.”

Editor’s note: As readers most likely already know, Anderson’s Greyhound sports photos have recently been appearing in the Flashes. She provides them free of charge and for the benefit of the community.

This shot of Greyhound catcher Zach Green, in a 2018 game against St. Johns, is one of Anderson’s favorite photographs.