Graffiti the latest example of vandalism at a Charlotte park 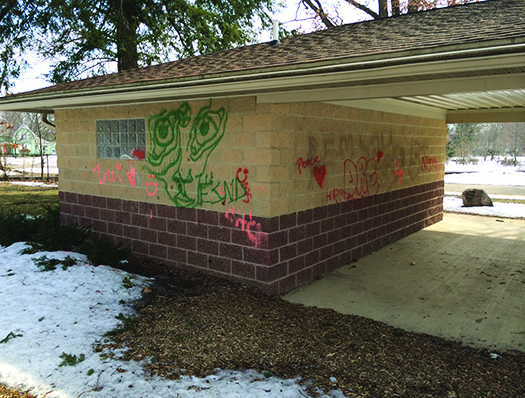 The Charlotte Rotary Club raised more than $60,000 in 2007 and 2008 to construct restrooms and a pavilion at Dean Memorial Park in Charlotte. A lot of hard work and time went into a project that added so much value to the neighborhood park.

However, it took only minutes, a few cans of spray paint and some local vandal(s) to deface it. The graffiti that now covers two of the restroom walls is another disturbing example of what has become all too common at the parks in Charlotte. There seems to be a lack of respect, by what can only be suspected is a small group of people, for public property.

Gilson, also a member of the Charlotte Rotary Club, knows all too well how much donated time and materials could be added to the overall cost of the pavilion project. Charlotte DPW workers attempted last year to remove graffiti from the Dean Park restrooms, which was done in black spray paint. Sandblasting, however, only served to fade it, not remove it, Gilson said.

“Other than that, we’d have to paint over it in a color similar to the brick, which wouldn’t look very good,” she said.

A local group of concerned citizens is working on identifying the individual(s) responsible for the most recent graffiti. Mayor Carrie Burch, who is working with the group, said once they can identify who is doing it, they can take steps to deter any sort of graffiti for vandalism in the future.

“It’s really heartbreaking,” Burch said. “There are so many good people in this community to have the acts of one individual or a couple individuals bring us down. But, the citizens have been great about coming forward to help and we are taking steps to identify who is doing this.”

The city placed a “graffiti rock” at Lincoln Park a few years ago in an effort to provide an outlet for what is called tagging. Gilson said the rock was placed there because it fits the character of the skate park. Gilson said the neighborhood parks, however, are meant to be a place for families to gather and a place for children to play.

“I don’t want to give them that venue,” Gilson said of adding a graffiti rock to other parks in Charlotte. “I don’t think it fits the character of the neighborhood.”

Gilson said anyone with information regarding the graffiti at Dean Memorial Park should contact the Charlotte Police Department, (517) 543-1552. 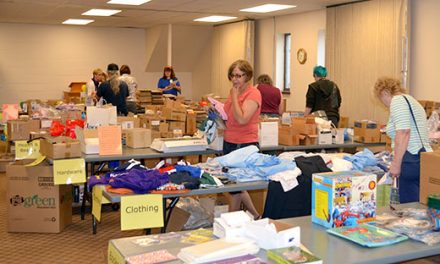