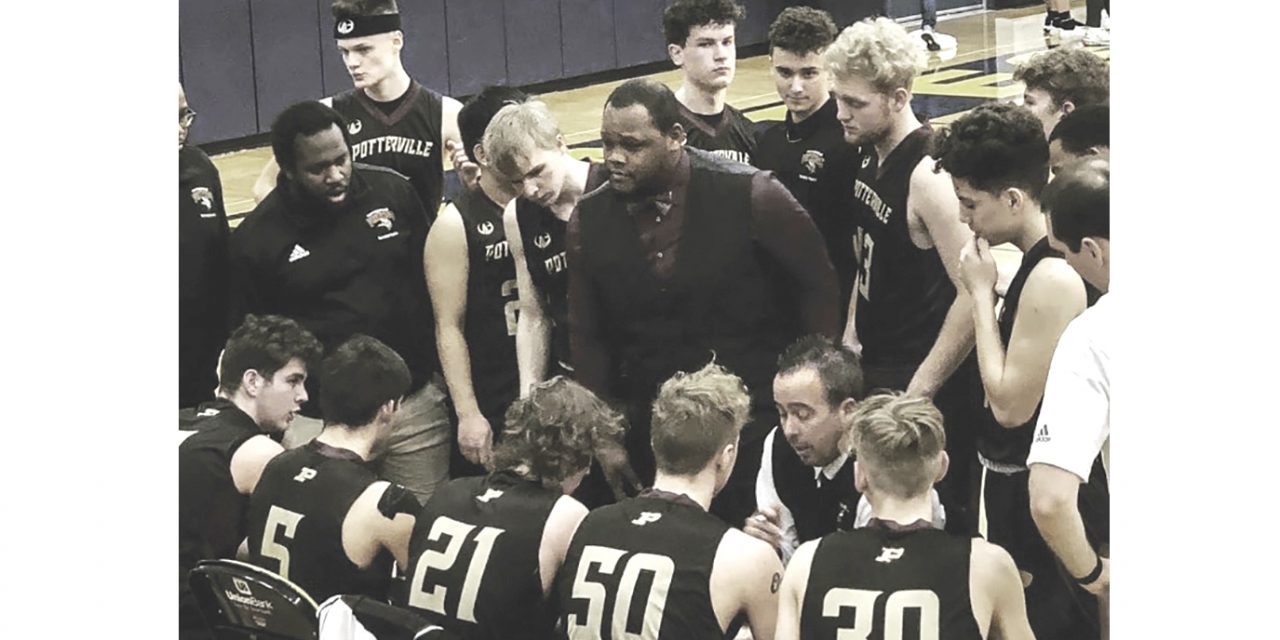 By most standards, the Potterville High School boys varsity basketball season was a tremendous success. By the Associated Press’ standards, it was All-State-worthy.

“Ultimately, it comes down to the people around you,” Briney said of the recognition. “You have to have a good staff.

“We had a lot of guys doing a great job implementing a brand new system. I was fortunate to have a great junior high staff and great high school staff. It’s the team around me that allowed me to get the award.”

While taking a moment to reflect on the team’s success, Briney can’t help but see the what-ifs in a season cut short by a global pandemic.

The season was put on hold just before the MHSAA Div. 3 District Finals, where the Vikings had the opportunity to match-up with defending state champs, Pewamo-Westphalia, for the third time.

“It’s always hard to beat a team a third time in a season,” Briney said of Potterville’s District-Finals match-up with Pewamo. “The coaches and I really feel we could have defeated PW that Friday.

“The regional had really opened up, too. We could have had a chance to make a run.”

Potterville, which only suited up a full roster once in 22 games, finally had its full lineup intact. The team was missing its second-leading scorer in both previous losses to the Pirates. Junior Adam Pickelman had returned in time for the MHSAA playoffs and had provided a spark.

“I was really confident going into that Friday game,” Briney said. “The way we played the first two games in the Districts, scoring a lot of points, it’s tough not to think of the what-ifs.”

Briney said, through injuries and ineligibilities, his team came together through a lot of adversity.

“We were constantly adjusting,” Briney said. “We wanted to do a lot more full-court stuff, but unfortunately couldn’t with our lack of depth.

“It’s a huge compliment to the boys who were constantly adjusting their roles and expectations.”

The sting of the what-ifs may fade with time, and Briney will be able to look back on the success of his first year and enjoy the recognition. Helping to ease the sting is the excitement now surrounding the program. The team will return 10 players next season and could see an influx of talent from a few underclassmen.

Briney also acknowledged the support of the Potterville administration and community as a whole as crucial factors in the program’s rebuild.

“We are fortunate to have an administration that trusts what we’re doing and allows us to do what we need to do to build this program,” Briney said. “A majority of our games, our gym was packed, which made it special.

“On top of that, for a very small school, we traveled well. Everyone, from the student section, cheerleaders, band and local businesses, was outstanding. We had a great place to be on a Wednesday or Friday night. Thanks to the community and administration for allowing us to build a program that everyone can be proud of moving forward.”