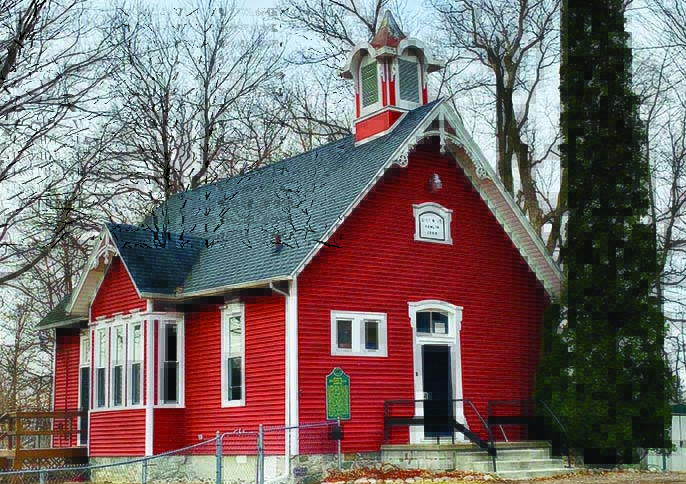 With today’s modern technology and our fast-paced lifestyle, it’s hard to imagine that less than 100 years ago children were being educated in one-room schoolhouses, with simple supplies, in buildings that didn’t have running water or electric lights. A wood stove warmed the classroom during the harsh Michigan winters.
The only remaining active one-room schoolhouse in Eaton Rapids was officially called the Hamlin No. 15 School but was commonly known as the Bay Window School due to its two unique windows in the building. It is located at 10248 Kinneville Road, southwest of the city, the current home of Humpty Dumpty Pre-School.
Originally it was farmland belonging to Warren and Sophia Ford. In 1853 they deeded the land to use for a school. In 1869, the land became a part of Hamlin Township. The current school was built in 1884, replacing one that was built in 1873.
In 1912, there were 30 pupils in the school, the largest enrollment in more than 25 years, grades kindergarten through eight.
Each year eighth grade commencement was held at the school and important people were brought in to speak to the graduates, including people like the president of the University of Michigan.
The Bay Window School was one of the first rural schools in the area to receive electricity due to its proximity to Tri-County Electric Cooperative. Lines were run in 1938.
In the 1960s many of the one-room schools in the county were annexed into the school districts. The Bay Window School families were against annexation. The parents raised money to update the schoolhouse, coming up with $3,260 to fireproof the furnace room, add new wood paneling, create built-in cupboards and bookcases, add new bathrooms, purchase of a television to watch educational programming and to improve the grounds.
“We are determined to continue as long as possible as a separate school district,” Mrs. Jack Rodin, a parent of Bay Window students, said.
But their fight didn’t last long. In 1962, a transfer was made of the Hamlin No. 15, Bay Window School, to the Eaton Rapids School District.
The school was used as part of the Eaton Rapids school district until 1970.
When the school closed, the students who had attended it were bussed into Eaton Rapids for class, and the Bay Window School was used as a storage facility by the school district. At one point it was vandalized.
In 1971, Alva Holmes, who owned farmland surrounding the school, contended that the land should be sold to him, according to the 1854 deed for the sale of the land. The deed reserved ½ acre of land for a school to be built as long as it was being used for a schoolhouse. It was no longer being used as a school, Holmes felt, so it should revert to him.  Carl Holbrook, superintendent of schools at the time, suggested that they retain the building as an example of “early American school architecture.”
Humpty Dumpty Preschool, a program started in the First United Methodist Church, moved into the Bay Window School in 1973 and has been there ever since.
In 1990, the building was registered as a historic site through the State of Michigan. With a generous grant from the Michigan State Housing Authority, they were able to do some much-needed restoration and renovation, restoring the building to almost its original appearance. 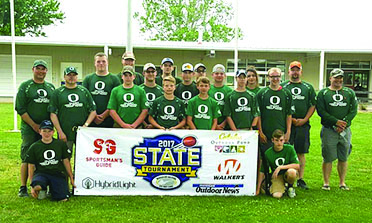