Self discovery leads addict down road to recovery 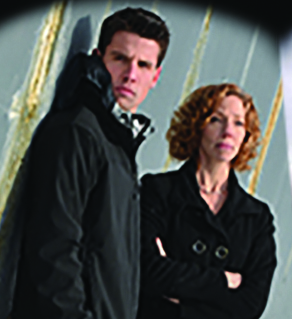 Corey Warren sat on the corner of his rehabilitation center bed when the most important question of his young life smacked him in the face … who am I? During a decade-long battle with drug addiction and alcoholism that started when he was just 16, Corey lost touch with who he was as a person.

Corey will share his story of self-discovery on Wednesday, March 26 at 7 p.m. at the Charlotte Performing Arts Center as well as the tools he and his mother used to battle the addiction and codependency that threatened to ruin their lives. Called Straight Talk, Corey and his mother, Jacque Liebner share the ugly truths of addiction from the perspective of the addict as well as the caregiver. The event is free to the public, though donations will be accepted.

“Straight Talk is a way for the audience to take a look into the decade of struggle we went through,” Corey said. “Not only what got us to that point, but the tools we used to be able to get out of there. It’s a way for people who are struggling to find hope … a way for the person living with the addict or alcoholic to find helpful tools.”

His story of addiction, unfortunately, isn’t that uncommon. Prior to that moment of clarity in rehab, several attempts to get clean and stay clean had been unsuccessful because each time he got out he’d pick up right where he left off. It was the only lifestyle he knew. Being an addict had become his identity.

For some reason, this last time was different. He never intended to stay in rehab. His plan was to detox and leave. Instead he stayed and for the first time, he began to reflect on his life. That’s when he began to question who he was. And as important as that question was, more importantly to his recovery was the burning desire within himself to rediscover the answer.

“I spent hours writing, reading, replaying the past, talking with family,” Corey recalled, “I spent a lot of time really diving into who I was as a person.”

It was the quest to rediscover his identity that also led to the discovery of several tools that helped his recovery. At the same time Corey was on his journey of self-discovery, his mother found herself on a similar journey. Being the mother of an addict presented its challenges, ones she needed to learn how to overcome.

Corey credits his mother for saving his life.

“The boundaries I set with my son are what saved his life,” Liebner said.

No longer could she afford to enable her son and Corey discovered he had to rely on only himself for the first time in his life.

“I had to do it myself,” Corey said. “It wasn’t until then that I realized I can do it; I can rely on myself.”

He began reflecting on some of the dreams he had as a child. He became motivated and inspired to remain clean and reestablish goals and dreams moving forward.

“I learned a lot about my emotions and feelings,” he said. “I leaned it was ok to feel anger, it was ok to feel sad and to feel lonely. Those feelings were going to pass. Understanding all of that helped me draw out the picture of who I am.”

Once clean, he reunited with his mother and the two of them realized they had recently been on similar journeys. They knew then they wanted to share their story with others.

“We said, ‘let’s do this, let’s create something to help bring families back together,’” Corey said.

Corey and his mother founded WAI-IAM (Who Am I-I Am Me), creating several programs to offer hope, tools and guidance for anyone struggling with addiction or caring for someone who may be struggling. More information about the programs, including the RISE Program dedicated to helping struggling individuals and family members; the OK Program geared toward educating high school freshmen (currently offered at Potterville High School).

The March 26 event at CPAC will also feature Lyle Prouse, author of the book, Final Approach, the first individual to be convicted of operating an airliner while drunk. Prouse will talk about his journey to get clean and find his was back to becoming a commercial pilot, including getting a full pardon from President Bill Clinton. 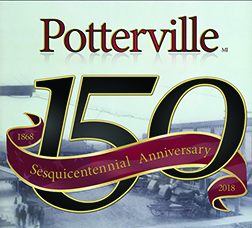 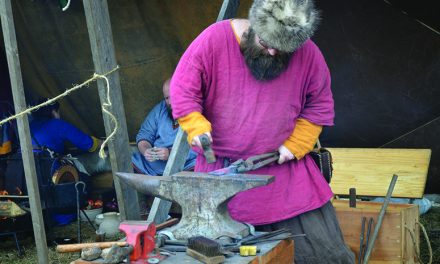