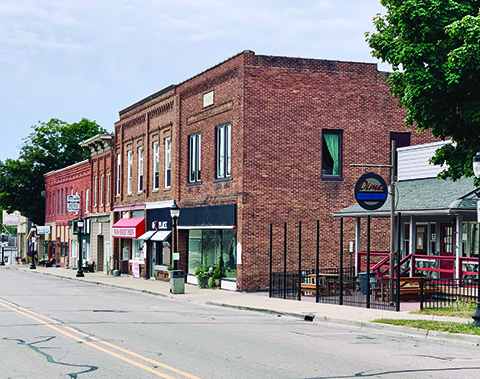 “Dimondale is attractive because it has that charming small-town feel but it’s still close to all the amenities that you might need,” said Lori Conarton, owner of MorningLory Café and Bakery in downtown Dimondale, a popular eatery. “We really have the best of both worlds.”
Conarton has lived her entire life in Dimondale, as have her parents and grandparents, and believes in it so much that she opened her business there on Bridge Street.
“It’s a beautiful place, especially because of the parks. They are really utilized by the public and are extremely popular,” Conarton explained.
Dimondale is part of the Grand River watershed (an area that drains to a common point).
Danford Island Park is within walking distance of the downtown business district.
“A lovely little nugget of serenity,” says Gail Johnson in her online review of the Island Park. Not too long ago the original dam in the Upper Grand River was replaced by a “W” weir, which has made the river shallower and faster and allows for better fish passage. Smallmouth Bass, Common Carp, Bluegills, River Redhorse, Catfish, and more make up the healthy fish population here and provide for great fishing opportunities from shore or from the fishing pier.
The park also features an easy-launch system for canoes and kayaks. Rain gardens were installed to manage stormwater run-off in the park and colorful native plants can be seen in abundance in the summer months. Several small bridges add interest architecturally to the park.
Dimondale has a long history. The Potawatomi Indians had a permanent camp along the Grand River in the Dimondale area prior to the 1830s. They were forced west in the Indian Removal Act of 1830. Isaac Dimond arrived in 1848 and constructed a dam on the river and later a sawmill and a gristmill.
In 1856 the village was platted and named Dimondale after Dimond. The borders of the village create a rough diamond shape, also, when looking down from an aerial view.
1878 brought the arrival of the Lake Shore and Michigan Southern Railway to Dimondale, with a depot located near where the roundabout is now. The remains of the railway trestle still remain in the Grand River at Dimondale. Dimondale was incorporated into a village in 1906.
The village is comprised of .94 square miles, with .04 of that water. The 2010 census reveals that Dimondale has 504 households, with the average family size of 2.89 people. The median age for those living in the Village is 47 years old. The largest age group living in Dimondale are those who are 45 to 64 years of age; they comprise about 37% of the population.
Dimondale has many activities for residents. Thursday afternoons from June through October feature a well-attended farmers market. The market is known for its healthy and regionally produced foods and food products.
In October, the Great Race by a Dam Site will be held, a 5K run/walk which supports the Dimondale Park Development. This year, due to Covid-19, the race will be held virtually.
An historical walking tour has been mapped throughout the town. Signs highlight the history of the area, and QR codes, when scanned with a smartphone, provide both information and photos.
For even more information about Dimondale, visit their website at villageofdimondale.org/, contact the Village office at 136 North Bridge Street, Dimondale, MI 48821 or call 517-646-0230. 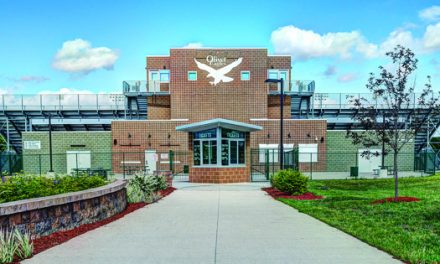 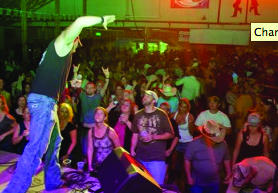