Opinion: Year of change for this newspaper 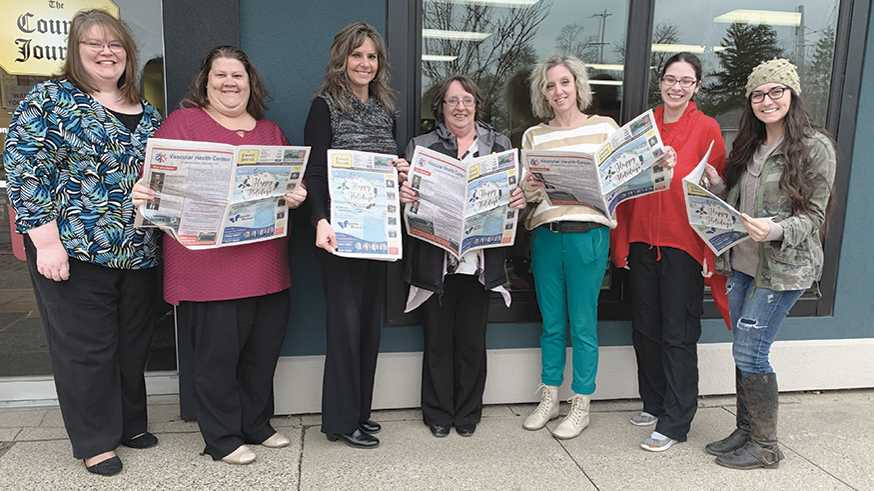 April 2020 marks this newspaper’s 14th anniversary. And, over the past year, The County Journal has seen more changes than ever before.

The County Journal was founded in 2006 by local businessman (and long-time newspaper man) John Gaedert. In March of 2012, John passed away, leaving the business in the capable hands of his daughter Cindy Gaedert-Gearhart.

The County Journal covers the communities of Charlotte, Potterville, Olivet, Bellevue, Vermontville, Dimondale, Sunfield and Mulliken. In 2014, The County Journal bought the Flashes Advertising and News in Eaton Rapids and thus expanded its coverage area even further into Eaton County.

Travis Silvas served as editor of both newspapers up until October of 2019, when he left to take a full time job at Michigan State University. He continues to live in Charlotte with his wife and two children and contributes sports stories to The County Journal.

When Travis left, I joined the staff as the new editor, and it has been a rollercoaster ride ever since. Trying to figure out how Travis managed to do so much in a 40-hour week was the biggest challenge. I still haven’t completely figured it out, but at least I am no longer dissolving into tears on Thursday afternoons (when the papers are due at the press).

Although I came to the job with many years of experience in community journalism, much of what I have experienced since coming to work full time in Charlotte was new for me. And I have to tell you, I have been seriously impressed. You people have definitely got your … stuff together.

Then, just when I finally began to settle into a groove, COVID-19 arrived and changed everything. For the first time ever, The County Journal was not printed as a “hold in your hand” newspaper. This change began with the March 28 edition. For the next month at least, we expect to continue to exist online only.

There are so many things I could mention in a column about starting a new year here at The County Journal. But for me, the most important thing to point out is the fact this newspaper has absolutely no intention of giving up on its 14-year commitment to this community. Web, print, Facebook, it doesn’t matter. We will figure out how to provide our readers with the local information they want and need. We stand 100 percent behind all of the other small business in the greater Eaton County area who are facing an uncertain future — determined to come out the other side better than ever.

Carla Bumstead is editor of this newspaper. She can be reached at carla@county-journal.com.