Potterville city council moves to remove city manager with cause

Tuesday, Aug. 28 the Potterville City Council held a special, open meeting to go over the findings of an investigation conducted by city attorneys, and to determine the status of City Manager Wanda Darrow’s employment.

Upon reviewing the 15-page document of the investigation’s findings, compiled and presented by the city’s attorney Michael Homier of Foster Swift, the city council voted unanimously to remove Darrow from her position as city manager, with cause, despite the submission of her resignation via her attorney, Linda Widener. Darrow was not present at the Aug. 28 meeting.

Thursday, July 19 the city council adopted a “Preliminary Resolution to Remove City Manager and Conduct Investigation” because of complaints brought forward by a city employee. The investigation was conducted to find whether the “City Manager has committed misfeasance, malfeasance and/or nonfeasance in office, made misrepresentations to City Council, neglected her duties as City Manager, or violated the City’s Code and Charter.”

The council determined after the meeting the city manager engaged in one or more of the mishandlings of her office and duties:

• Misrepresentation to City Council with the intent to defraud in connection with the City’s Rural Development/Community Facilities bank account.

• Mismanagement, misappropriation, or grossly negligent supervision of City funds used in connection with the City’s “Dump Your Junk” event.

• Intentional concealment of the theft of City property and/or the misappropriation of City funds.

• Negligent supervision of City employees, resulting in the theft of City property and/or the misappropriation of City funds.

Among the key findings of the investigation were some 50, apparently unauthorized, checks and payments amounting to $24,091 made to the city manager’s son, James Edward Darrow III (Eddie), and his two friends Erik and Lukas Lager out of bond proceeds from the United States Department of Agriculture Rural Development program; an accounted for and unauthorized check of $433 from the city’s Tax Increment Financing Authority (TIFA) to Eddie, which the city manager signed off in a TIFA report; the hiring of, and peculiar allotment of funds to, the city manager’s son, Eddie, and husband, James Darrow, and Ross Kemp for the City of Potterville’s Dump your Junk recycling program, resulting in payments amounting to $5,800 to the three aforementioned individuals; a number of thefts committed by Eddie of city property, including various tools, a generator, cases of soda from a ball field concession stand, and a raffle prize of car cleaning supplies from a cancelled city event; and mishandling of electronic public records.

The County Journal will publish a follow up article in the subsequent edition, which will include statements and testimonies from city officials regarding the investigation and the decision to remove city manager Darrow with cause. 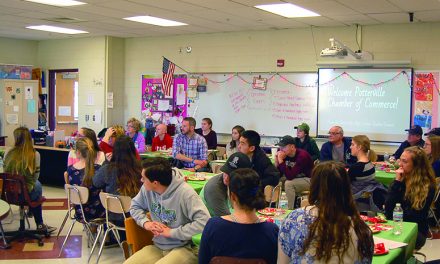 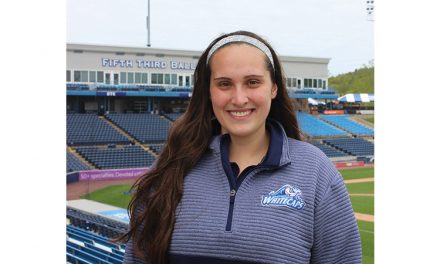