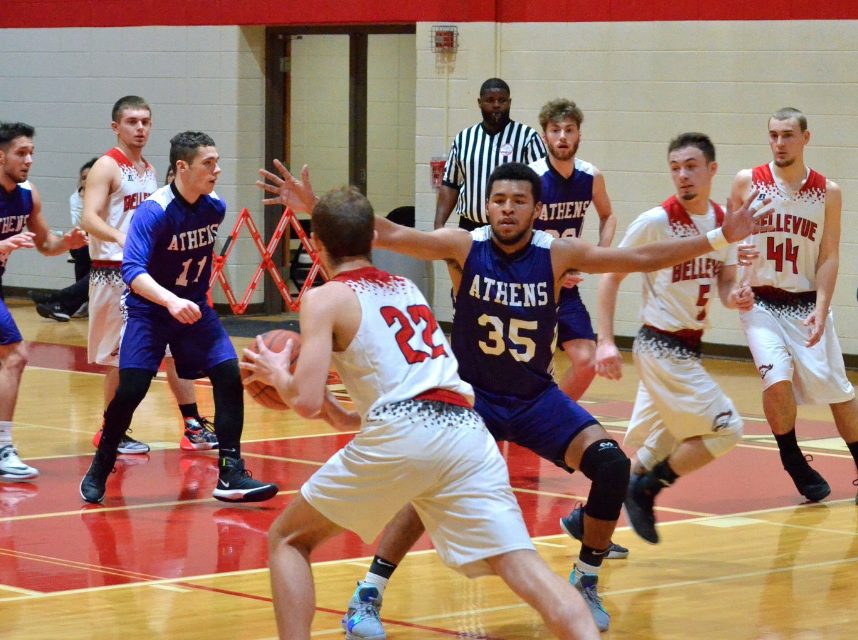 In a battle of MHSAA Class D top 10 teams, the Bellevue High School boys varsity basketball team defeated Athens, 68-62 on Friday, Jan. 25 in front of a raucous home crowd. The Broncos improved to 13-0 on the season and have moved up to No. 3 in Class D. Athens, which was No. 3 at the time, falls to 11-1 on the season and is currently ranked 4th in the state.

Senior guard Gino Costello led the way for Bellevue, finishing with a game-high 25 points to go along with 5 assists, and 4 steals. Junior Carter Wing finished with 17 points and five rebounds despite taking a shot to the eye early in the game. Junior Carson Betz finished with 12 points and 13 rebounds.

The victory over Athens was the Broncos second win over a top 10 Class D school in as many weeks. Bellevue defeated previously unbeaten Camden Frontier, 57-47 on Jan. 10. Betz had another solid game, scoring 23 points, including five three-pointers. Wing finished with 14 points and 11 rebounds in the win.

The boys were scheduled to host Battle Creek St. Phillip on Friday, Feb. 1, with tip off at approximately 7 p.m.

Not to be outdone, the Lady Broncos continue to roll this season as well, and are 10-0 on the season, also ranked No. 3 in Class D. The Lady Broncos only scheduled game this past week as postponed due to weather, but Bellevue will return to action Monday, Feb. 4 for a conference road game against Jackson Christian. They will stay on the road Thursday, Feb. 7 as they travel to Battle Creek St. Phillip. 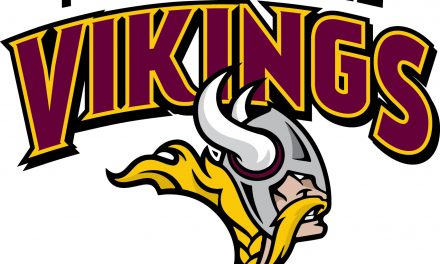 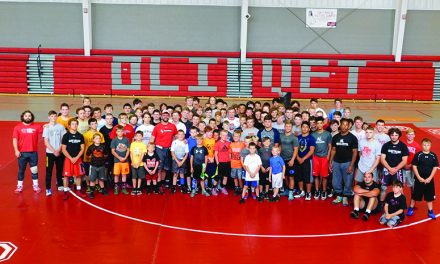