Sue McNeel looks up at the Eaton Theatre marquee and sees possibilities that take her back to her youth. Her father owned the Eaton Theatre for 25 years before she and her husband, John purchased it in 2011.
Since, the theatre has become a labor of love of sorts, as the couple has reinvested all profits into breathing new life into the iconic Charlotte building. The transformation that has taken place in the last five years, though, has all taken place on the inside.
As she looks upon that marquee, she knows it’s time to bring that part of the theatre back to life.
“We could really have a showpiece in Charlotte,” McNeel said of an improvement plan that has started small, but could end up benefitting from Charlotte’s rising tide.
Initially, McNeel said she and her husband were looking at ways to restore the lighting on the marquee and make necessary repairs. That in and of itself could cost between $20,000 and $30,000. The possibility of taking advantage of State grant programs that may become available to the city in the near future, has her dreaming a little bigger.
In preparation for the restoration project, in whichever form it ultimately takes, Eaton Theatre is presenting a Marquee Revival event Saturday, April 16. The community is invited to attend a special screening of the 1997 movie, Titanic, starring Leonardo DiCaprio and Kate Winslet. Tickets are $15 and includes the chance to win a year of free movies. There will also be an array of nautical items on hand as well as the opportunity to purchase movie posters from the last five years and different marquee letters from the past.
“This event is really about trying to get the word out that the marquee is our next project,” McNeel said. “This is kind of our initial rally for community support.”
The community has supported the Eaton Theatre in similar fashion in recent years. More than $40,000 was raised in 2013 via online crowdfunding, which helped purchase Eaton Theatre’s first digital projector.
John and Sue have reinvested a lot of money to bring the theatre back up to a standard the community should expect. They have replaced the carpeting in the lobby, repainted the concrete floors in the two theatres, refurbished the seats and upgraded to digital projectors within the first two years.
“Pretty much anything you see inside the theatre has been touched at this point,” McNeel said. “We want to make the experience comfortable for movie-goers.”
The Marquee Revival begins at 12:30 p.m. 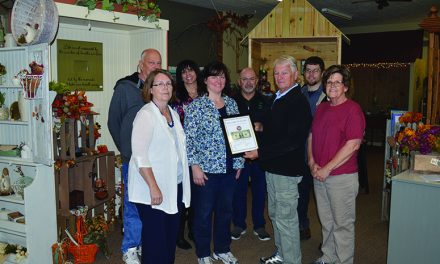 Crosswalk Teen Center serves as bridge between schools and community

June Can Do! meeting features pillars and committees