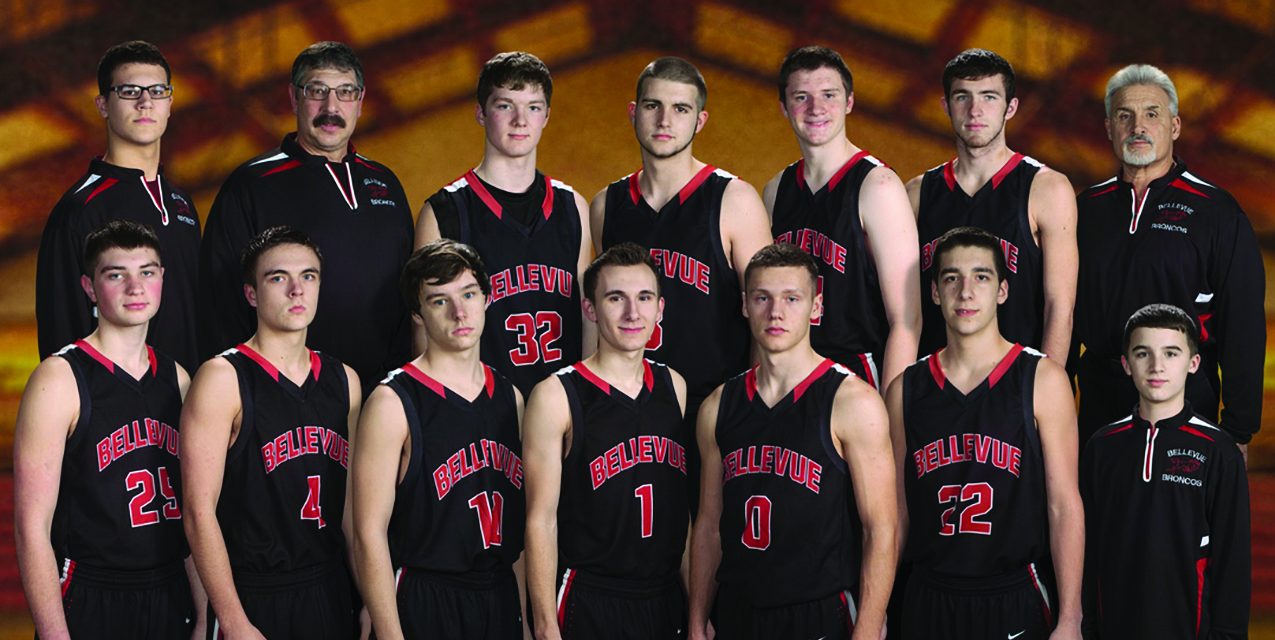 The Bellevue High School varsity basketball team avenged two early season losses to Battle Creek St. Phillip on Friday, March 13. More importantly, the Broncos claimed another Class D District Championship. The 59-41 win gave the Broncos their third straight District title.
“I expected a lot out of this team,” said coach Joe Costello, reflecting back on the season. “The guys put a lot of extra work that other teams haven’t done. My expectations were high for them.”
The Broncos played the season without any true low post players, which Costello said was a struggle. In the end, though, the team finished with 17 wins, tied for third most all time at Bellevue High School.
The Broncos advanced to the Regional semi-finals on Monday, March 16 where the team’s season came to an end at the hands of Lansing Christian, 63-57. The Broncos finished the season with a 17-6 record.
“Looking back now, I’d say I’m pretty pleased with the season,” Costello said. “We weren’t as consistent as I’d like, but we got better at the right time.”
The Broncos finished the season winning 11 of their last 12 games and Costello is certain next year’s team will continue to build on a tradition of winning. 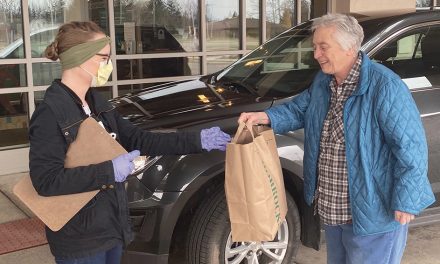 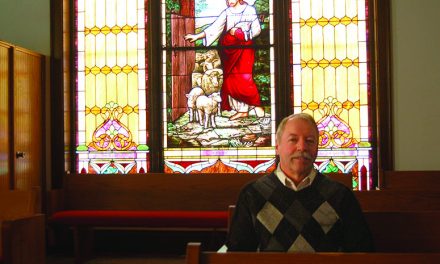 First Baptist Church of Bellevue celebrates 175 years of ministry, looks to the future