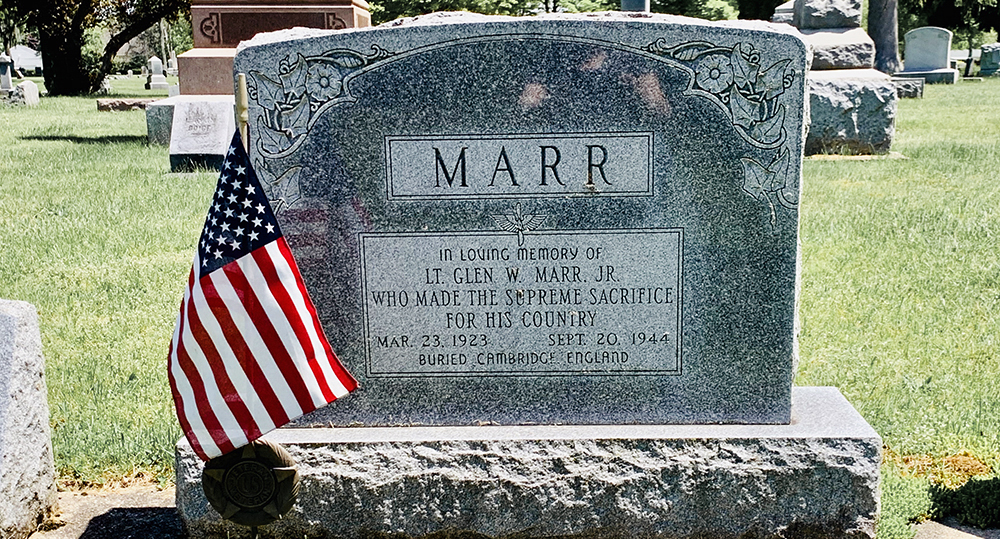 — Despite the Eaton Rapids Memorial Day parade being canceled, American flags will still be distributed at the graves of veterans at Rose Hill Cemetery on Saturday, May 23 at 9 a.m. An annual tradition, there was concern this year that it might not take place due to the current COVID-19 (coronavirus) situation.

Stepping up to ensure the tradition continues is John Verhaag, from the AMVETS Troy Nealy Post, along with Chris Allen, Pam Colestock, Keith Harrison and Scott Poyer from the Grand Army of the Republic (G.A.R.) Museum. The two groups joined forces in 2019 to organize the Memorial Day parade and the flag distribution at Rosehill.

Memorial Day, originally known as Decoration Day, is on Monday, May 25. It originated in the years following the Civil War. Civil War general and founder of the G.A.R., John A. Logan, deserves much of the credit for the establishment of Memorial Day as a national holiday. In 1868, Logan called for a nationwide day of remembrance.

“The 30th of May 1868 is designated for the purpose of strewing with flowers, or otherwise decorating the graves of comrades who died in defense of their country during the late rebellion,” Logan proclaimed.

“Placing flags on Veteran’s graves to me is important because we need to recognize the service and sacrifice of our veterans and their families,” organizer Chris Allen said. “It’s important to carry on traditions that tie us to our past and not let things be forgotten for lack of telling the story.”

Jo Hoffman posted on Facebook: “My Bob (the late Robert Hoffman) used to do it every year. He felt proud of honoring our vets. Scouts helped him many times. He was a city employee, but this was extra.”

“The response from posting on social media about the flag distribution has been overwhelming,” Allen said. “A few years ago, there were just two people putting all the flags out at the cemetery — John Verhaag and Percy Watson.

“Last year, there were entire families helping. I expect the same this year.”

Volunteers are encouraged to wear masks if that makes them more comfortable, and gloves will be provided for those that want them. Children are welcome but need to be under the supervision of an adult.

The event this year will be somewhat different than years past, however. There cannot be any official sponsor or support because of the restrictions placed on activities, Allen explained. Ordinarily, there would be a parade and the placing of wreaths about the city to honor military veterans. This year, following the flags at the cemetery, a wreath will be placed at the Blue Star Memorial Park on Main Street and at the Troy Nealy and G.A.R monuments at G.A.R. Island Park.

Flags and flag holders that need replacing have been provided by the city of Eaton Rapids. Last year, 245 flags were needed, Allen said, and he expects a few more this year for the veterans that have recently passed.

On another note, some of the Eaton Rapids High School band members will create music on their front porches in recognition of Memorial Day. Around noon on Monday, May 25, students will go out on the front porch to play a chorus of “America, the Beautiful.”

Shown above is gravestone in memory of Lt. Glenn W. Marr Jr., a 21-year old Eaton Rapids man who was killed in action during WWII while serving in the United States Air Force. His body is buried in the Cambridge, England, American Cemetery. His parents owned Boise’s Bazaar, a popular candy store In downtown Eaton Rapids.