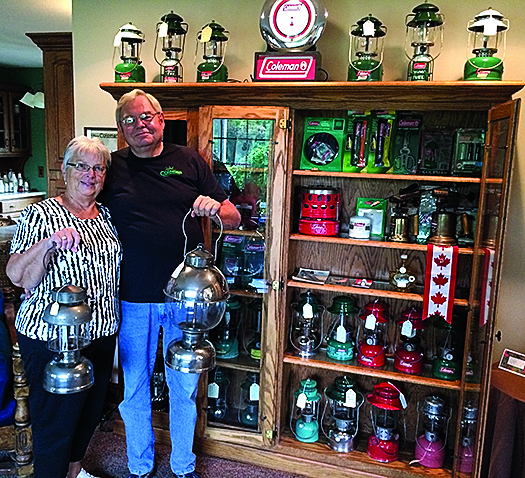 Nearly every nook and cranny in Dave DeFrates’ Charlotte home now contains a piece of Coleman history. For the past few months, DeFrates and Joy Mogg have been preparing his home to be part of the International Coleman Collectors Club annual convention, which takes place June 26, 27 and 28 at the Eaton County Fairgrounds in Charlotte.

DeFrates and Mogg are attempting to take the convention back to its roots, giving this year’s event a Small Town USA theme. DeFrates said the conventions typically take place in large metropolitan areas, though they began in the early 90s as fairground events.

“I’ve thought about hosting this for a lot of years,” DeFrates said. “I finally volunteered to host this year’s event.”

He and Mogg have been making preparations since. The couple has spent countless hours cleaning his vast collection of Coleman gas lanters, gas lamps, collectibles, virtually anything the Coleman Company has ever put its name on. His home, both the main floor and basement, and portions of his garage have taken on the look of a real Coleman museum.

“Why collect old things if you never let people see them,” DeFrates said.

He said he always had Coleman products around growing up — stoves and lanterns for camping. It wasn’t until he read an article about a friend in Indiana’s collection and received a invitation to see the collection that his obsession began.

He gets to share his collection, which includes the first lantern W.C. Coleman ever produced in 1914 as well as the first lamp produced in 1909 to members of the club when he opens his home up for early arrivals on Wednesday, June 27.

“Each lantern has a story,” DeFrates said.

More than 130 people have confirmed attendance at this year’s event. Attendees will come from all across the United States as well as Denmark, Germany and Canada. The Club includes members in eight countries around the world.

Attendees will stay at the campgrounds at the Eaton County Fairgrounds and can also stay at one of the three hotels in Charlotte. 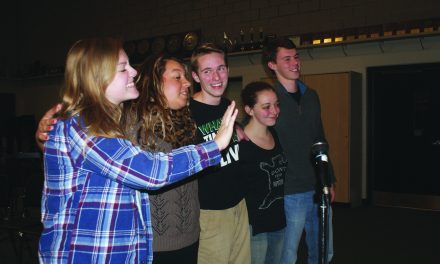 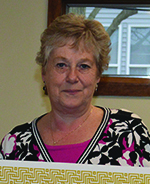 City of Olivet to honor Palmer for years of dedicated service 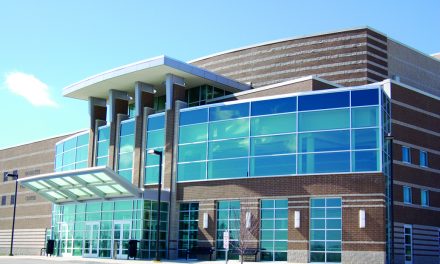