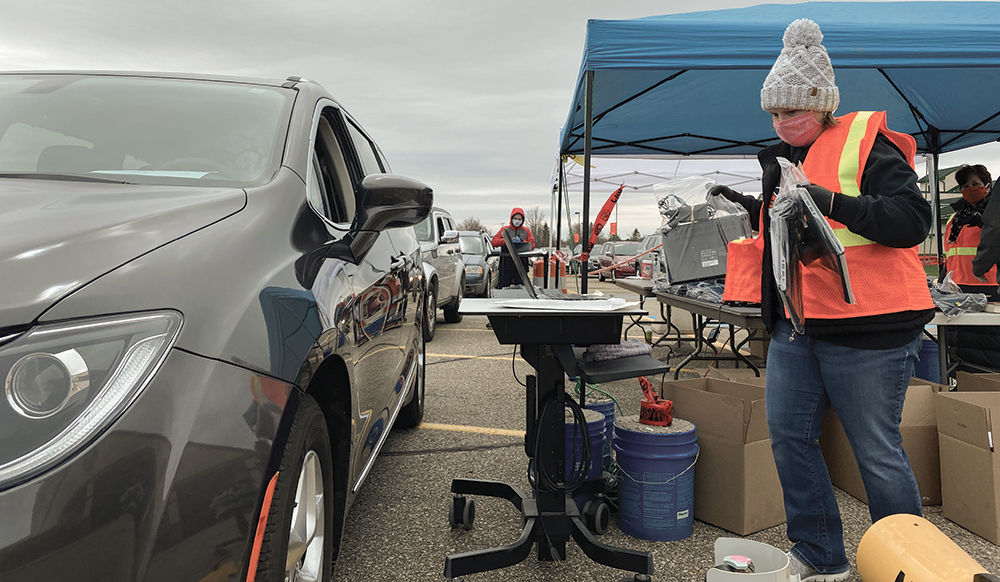 — With the COVID-19 stay-at-home order, and Charlotte Public School (CPS) students now having to do their learning from home, things can be difficult for many families. Liz Pashby, a mother of two Parkview Elementary students, said she and her daughters have been struggling to manage all of their learning and work with their shared computer.

“It’s the three of us working together,” Pashby said. “For the first five weeks, we had one computer that we were all working off of.”

Pashby said her family resorted to borrowing laptops from family members to tie them over until CPS’ recent Chromebook sale. Speaking last week, she said the Chromebook sale will give her kids the chance to use newer devices that they are used to, which will create less of a learning curve for them.

Stewart said the district’s IT team worked incredibly hard to get as many devices prepared as they possibly could. The team restored them to factory settings, disinfected them and made sure student information or passwords were wiped from each laptop before they were packaged and in the hands of students.

“Since we started the distance learning plan, we’ve been working on the logistics of how this sale could work and how we could get as many computers in people’s hands as possible,” Stewart said.

Because of the volume of the first day, Stewart said the district made the decision to cancel public sale of the Chromebooks in order to get as many devices into the hands of students as possible. Any in good condition and ready to buy were to be sold on Friday exclusively to CPS students and parents.

Stewart emphasizes that virtual is not the only way to access learning.

“We are also currently at this time giving hard copy resources to students, and that’s been going on at the same time,” she said.

Stewart said the staff that worked at the sale pulled together and worked as hard as they could to service families.

“These are essential front line workers that are risking contagion to try and get devices to kids.”

For families that don’t have adequate internet access, CPS suggests, via its website, taking advantage of affordable offers from providers like AT&T — which is waving home internet and data overage fees and expanding eligibility based on income and participating in National School Lunch and Head Start.

Stewart also said the district is working on providing hot spots to families that need them.

“We’re exploring the idea of being able to have access to internet reach out to parking lots in some of our buildings,” she said. “But each building has its own logistical questions of how possible that is.

“As we work towards that, if we can get availability for a family sitting in a parking lot outside of a building, we’re going to do that.”

For more information about future sales or internet access information, continue checking charlotteorioles.com or follow the district on social media.