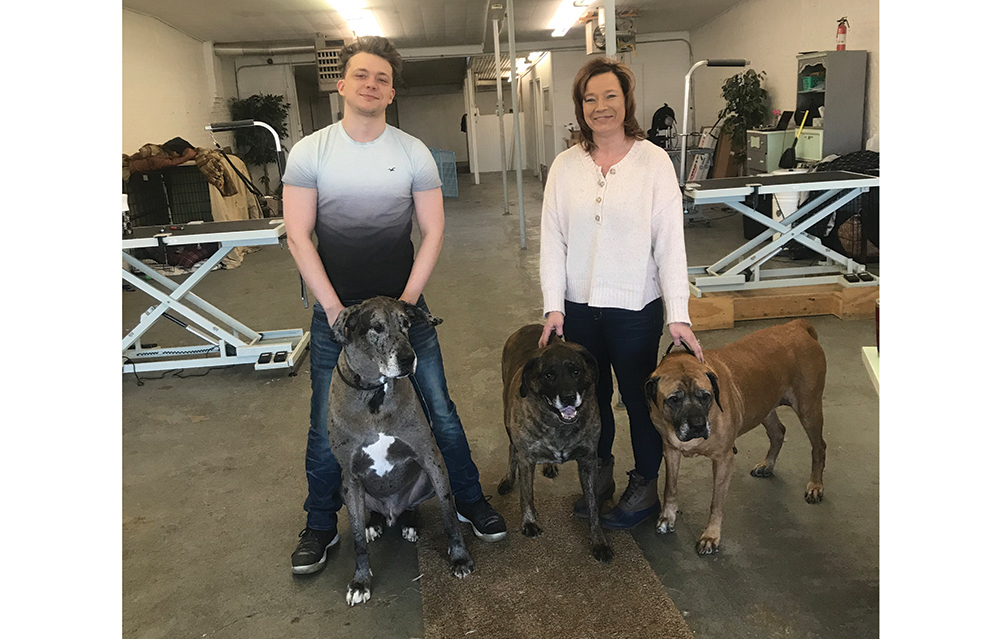 — Along the way, this entire species became domesticated and no longer would they be roaming the world as they have done for millions of years. Only in recent times this group has become elevated to a loftier position than their ancestors. I speak, of course, of the family puppy.

This recognition comes with special requirements, such as the procurement of a professional groomer. Let me introduce you to Capri Brown Dickson, the owner of The Groomery in Charlotte, and her son Lance McClurkin.

As a dog owner of many years, I admit I had never given much consideration to using a groomer. But as was delicately pointed out, my views fall into the category of “that’s the way it used to be.” As I sat with the two of them before the COVID-19 restrictions went into effect, the previous statement became clear.

Capri had been working for another type of retail business when, the doors were closed. She saw her life at a major crossroad. Capri, who has seen some perils in life, knew a new path, relying on her passions and talents, had to be followed. As a lover of dogs, the canine grooming business seemed a natural extension of that passion. Capri wanted to do it the right way so there could never be any question of authenticity or validity. So she went to school.

There is a trade school for such a profession. It is a six-month grooming school which Capri attended locally. She opened her first shop ten years ago but has been at her current location on Lovett Street in downtown Charlotte since March of 2016.

The requirements and demands from the public were somewhat of a surprise, yet not unexpected. After all, you are caring for a valued member of a family. Obviously great care must be given when handling the family dog. Each person walking through her door loves their dog. Every four-legged client requires a general inspection including a thorough examination of their skin and coat. Additionally, the owners are questioned about allergies, skin ailments and other conditions which could cause a reaction to any grooming materials. From the general bathing, to shaving and sculpting the dog’s fur, the nails, and general overall inspection; each dog is special.

Capri’s business and reputation developed rapidly. She outgrew what she alone could handle; enter her son Lance. He started at The Groomery just to help out but has stayed to become full time. Lance was working on a two-year degree in software design. He told me he enjoyed the activities of the software business but always felt it was just not him. It took only a short time of working with Capri, the clients and the puppies to recognize this is what he wanted to do. With hands on practical experience, Lance rapidly learned the craft. He adds younger dimension to the business. Capri concedes Lance is very adept handling the customers and their concerns.

The Groomery is currently undergoing renovation and expansion in services and product lines. With extraordinary effort and working with CharlotteRising, Capri was recently awarded a grant from the State of Michigan for improvements to her business. She will be working with the Department of Agriculture, as her entire shop will be considered ecofriendly. She will recycle much of their water, thus saving on the water usage. Also there are plans for renovating the grooming, bathing and prep areas. The suppliers are currently shipping tables, partitions, cleaning products as well as some new lines. One new area both she and Lance are excited about is the tinting or coloring of the dogs’ fur. She assured me all of this is done under state regulations so there is never any harm to the dog. Capri said it is just the next big thing in dog grooming.

The Groomery is located at 116 Lovett. St in Charlotte. The business phone number is 517-997-3050. Clients should call for current hours.

Douglas M. Hoy is a regular contributor to this newspaper.