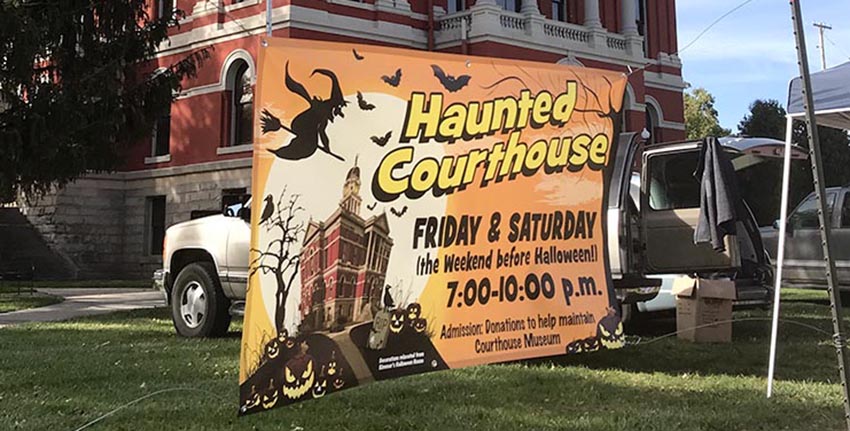 For the first time in nearly 30 years, the house on the corner of Lovett and Pleasant streets in Charlotte will not serve as the community’s main Halloween attraction. Dan and Julie Kimmer, who have created elaborate Halloween displays at 333 E. Lovett Street since 1987 have moved, taking their treasure-trove of ghouls and goblins with them.

Julie said the second floor of the museum will be geared more towards older kids and adults, while the lower level will be “kid friendly for very young children and strollers.” The Haunted House is free to everyone, though donations for Courthouse Square will be accepted.

Though a great deal of planning will go into the Haunted House, life for the Kimmers will be a little different once Halloween actually arrives.

“The final years of decorating became a four-month event,” Julie said of the Halloween House.  “The month of September involved planning and creating some of the props and decorations. The month of October involved decorating and the following two months were spent cleaning, packing, and putting away for future use.”

Their decorations and elaborate themes started with a simple paper-maché spider they hung from the side of their house in 1987.

“More and more people started to show up each year and we just added each year to the point of picking next year’s theme the day after Halloween and shopping at the stores the day after,” Julie said. “It just kept growing and we added enough stuff we had enough for six different themes.”

There will be a lot less decorating this year, though with the elaborate size of each display, family members from all over the state would come and pitch in.

“We had relatives showing up from Durand, Traverse City, Owosso, and Jackson to participate in scaring people,” she said. “We never set out to be a Halloween attraction. We did it for the fun.” 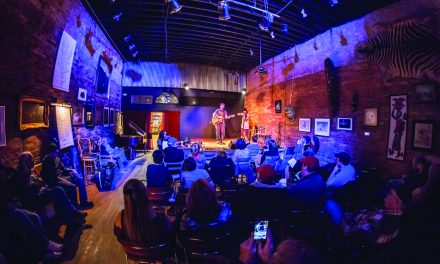 Windwalker’s ascension all about building a better community 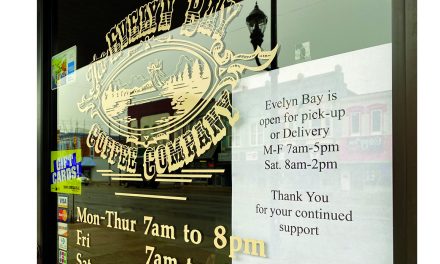