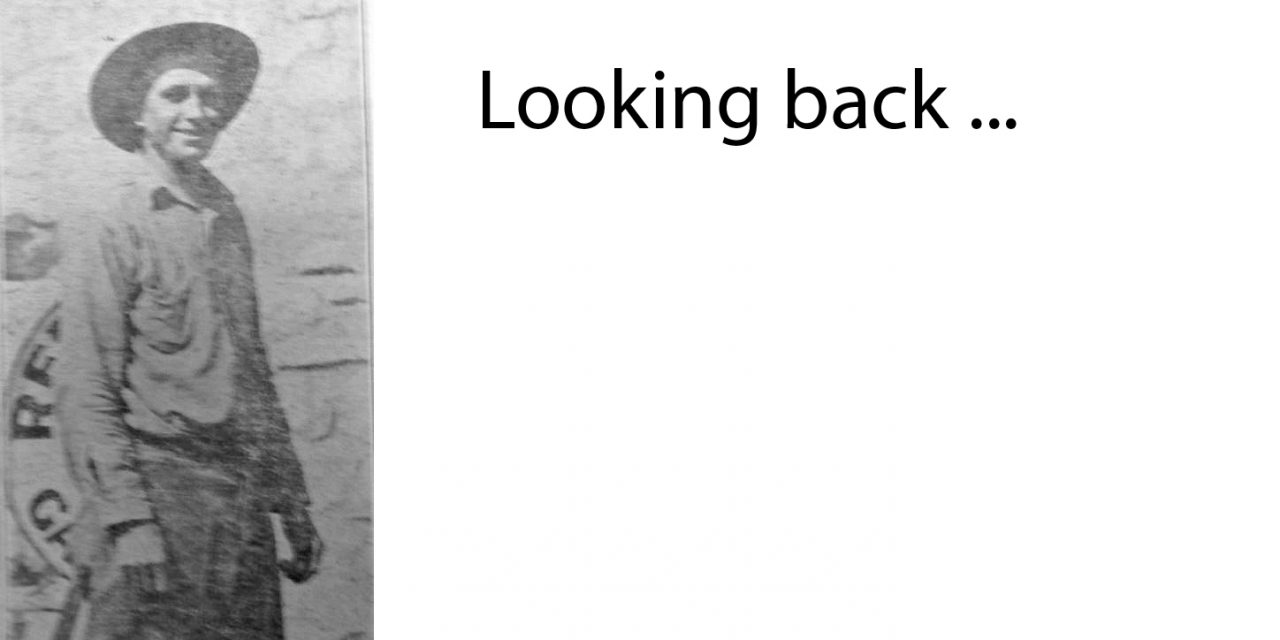 Police work has always been a dangerous calling. And officers being killed while doing their job isn’t a new phenomenon. It started in Eaton County back in 1927.

Eaton County Sheriff Deputy Cleo Platt, age 38, was fatally shot on December 16, 1927, as he attempted to arrest two men in possession of stolen property — making him the first Eaton County lawman to be killed by gunmen. He was survived by his wife, Mary, and his two daughters, Shirley and Doreece.

Platt and his wife were walking home from the restaurant he owned in downtown Charlotte. He noticed what he believed to be items stolen from Ben Fowler’s Hardware in Potterville in a Ford Model T. He sent Mary on towards home while he attempted to deal with the situation. The Platts lived at 338 S. Sheldon.

According to an article in the Detroit Free Press, Platt made a statement to Sheriff Horace W. Boorn as he lay dying, that the two men saw him counting money as he was getting ready to close his restaurant. If it wasn’t for druggist Phil Greer entering the building at the same time, he believed the men would have robbed him.

Platt said that the two men then attempted to run them down at the intersection of Main and Lovett streets as he and his wife walked home. Platt jumped onto the running board of the Model T Ford the men were driving to try to force them to stop. Sutton tried to shove him off. Shots were fired, and Platt was shot in the shoulder and the abdomen.

The bullet wounds caused Platt to fall off the car, gravely injured. He dragged himself from the street and up the stairs to the Michigan Bell Telephone Company office. The only witness, Sam Wheeler (aka Simon VanStreen), saw Platt dragging himself up those stairs but didn’t offer any help, fearing he would be blamed for the situation.

“I ordered the officer to hold up his hands,” Morehouse stated in a quote in the Eaton Rapids Journal, “and then pulled the trigger.”

Morehouse stated that Platt said, “I will get you guys for that” and reached inside his coat as they tried to get him off their car. Morehouse assumed he was going for his gun, he said in a statement in the Battle Creek Enquirer. He shot to keep from getting shot when he pulled the trigger, he explained.

Sutton confessed to being the driver of the death car, according to an article in the Eaton Rapids Journal. James Morehouse admitted to pulling the trigger. He confessed to shooting Platt twice, once in the shoulder and once in the stomach, using a .45 caliber Smith and Wesson with one notch carved in the stock of the gun. Morehouse claimed the notch was just to be able to identify the gun and was done before the incident on December 16. Morehouse had stolen the gun from the post office in Battle Creek where he worked.

The young men’s plan was to steal a car in Battle Creek, where they both lived, and drive it to Eaton County to rob gas stations and then to drive it back to Battle Creek. They chose gas stations to rob because they were usually insured, and no one would lose any money, they felt.

Their first job was the American Oil station at the corner of Seminary and Lincoln in Charlotte. Their take was $2 there. They then tried the C.W. Mills station in Eaton Rapids and did much better, pocketing $100. But Mr. Mills had a heart attack and died shortly after, which was blamed on the robbery.

After the murder, the gun was stolen out of Eaton County Prosecuting Attorney Fisk Bangs’ home and later used in another crime. It showed up in an auction in 1990 and former Charlotte postmaster Ken Jones purchased the gun and donated it to the sheriff’s department.

Platt is buried at Maple Hill Cemetery and is one of three Eaton County deputies to be killed in the course of doing his job. The others are Donald Rice (1985) and Dean Foster (1967).

Deb Malewski is a regular contributor to this newspaper and is well-versed in local history. She can be reached via email at debmalewski@sbcglobal.net.