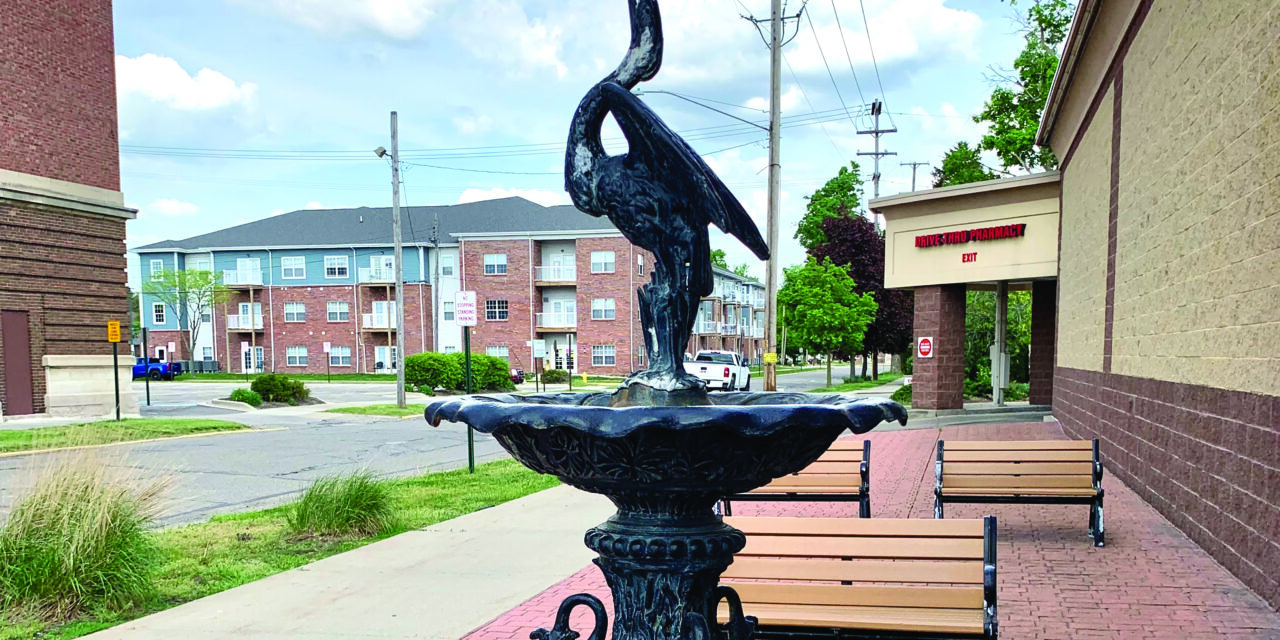 The stork fountain at East Lawrence and Pleasant was a popular landmark in Charlotte for more than 50 years, starting in 1888. The invention of the automobile changed things, though. The fountain became the site of numerous car crashes as speeding cars replaced the slower and smaller horse and buggies that originally traveled the quiet street. Eventually, the bird met his untimely fate and was seen no more.
The fountain was a popular watering spot for horses, dogs, and birds. Dr. Patterson’s pair of horses decided it was an escape route when they jumped into the fountain in an attempt to escape an approaching circus parade.
The fountain was purchased through donations from 12 neighboring families, and was erected in their quiet neighborhood shortly after the municipal water system went into service in 1888.
The stork was a dramatic piece, with its body stretched and head thrown back. It spouted water into the air, which was then caught by a tall bowl with lion heads encircling it. The water flowed from the lion’s mouths to a larger lower water bowl. Flower gardens were added at the base of the statue.
By 1942 there were some that wanted the bird removed, as it was becoming a traffic hazard. Others agreed, adding that it should be used as part of the WWII scrap drive. According to Fitch Beach, however, it was made from cast iron and “quite useless for war efforts.”
A “Friend of the Stork Club” was formed, and Frank Higby, the club spokesperson, said that “the stork has a wicked look in his eye that catches that of the motorist and warns him to slow down.” He argued that if the stork wasn’t there the drivers wouldn’t even pause for the turn. The stork was performing a public service, he felt.
As the traffic increased so did the accidents and damage to the statue. It became part of a state and federal road, no longer a quiet neighborhood roadway. The flower gardens at the base had to be removed to widen the road. Many hit the statue or drove into the yards around it trying to avoid hitting it. The fountain was so damaged that the water eventually had to be turned off.
In 1949 the bird met its final fate. About 2:30 a.m. on October 15, Charles Betz drove his car into it from the north side.
There was no hope of repair, the City determined. The bird was too far gone. Mayor Orrin Packard said that “any action in regards to restoring the old landmark, the pride of the residents, would be up to city council.”
Citizens presented a petition for the bird’s restoration, and the City solicited bids to see what it would cost.
Hearing the figures, the Charlotte City Council firmly said “no,” to the costly repairs and ordered the stork be taken to the scrap yard. This is where the mystery comes in. Where in the world did the stork go?
Carl Paine, the Public Works director, insisted that the fountain was taken to Lansing for scrap once Charlotte City Council decided not to repair it.
But a man from Comstock Park, Michigan, felt otherwise. Richard Couturier, who owned Couturier Iron Craft, tried to buy a stork fountain from a home in Cedar Springs, Michigan, hoping to copy it and sell reproductions. The homeowner, Thomas Bourisseau, wouldn’t sell the fountain until he eventually sold his house in 1982. Couturier had castings made and then made copies from aluminum.
Both men were convinced that this bird was the original Charlotte fountain. The story was that the previous owner of the Cedar Springs house got the bird from a friend who happened to be the mayor of Charlotte. As proof, they had a 1949 newspaper clipping that announced the arrival of the stork in Cedar Springs.
Metallurgists checked the bird and said it was zinc-coated with several layers of paint and had fiberglass patching, like what might have been done after an accident to repair it.
It would be a great thing to get back to Charlotte if the old bird still exists. CVS Pharmacy has a similar fountain next to its store in downtown Charlotte. 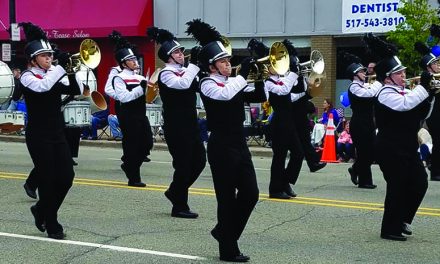 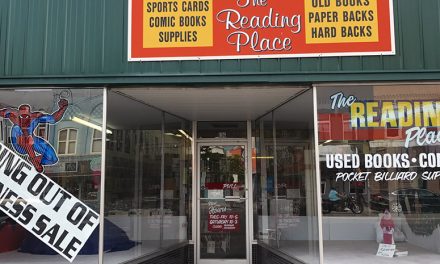 The Reading Place closes its doors after 39 years 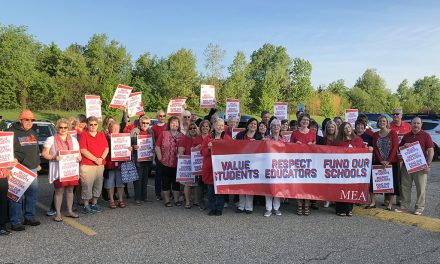 Teachers unite in red for students