On Tuesday, Oct. 11, the first Eaton County Candidate Forum was held in the Charlotte High School lecture room. The event was not a debate, but an opportunity for students and other people from the community to learn more about the candidates and their platforms.
The five candidates from local races that were present at the event were Tom Reich, Theresa Abed, Tom Barrett, Brett Roberts, and Bonnie Johnson. The races to which the candidates belong were selected based on their relevance to the greater Eaton County community. Students from CHS were given the opportunity to write the questions for the candidates. Kyle Melinn, co-owner and news editor of Michigan Information and Research Services was present at the forum as a moderator. Candidates were given a few minutes for opening comments, a few minutes to respond to three main questions written by the students, and less than two minutes to make closing comments.
Tom Reich, the Democrat candidate running for re-election as Eaton County Sheriff, was the first candidate to take the podium. Although his Republican opponent, Fred McPhail, declined to attend the forum, Reich addressed questions related specifically to his position. He addressed the concerns of crime rates, increased methamphetamine traffic within the county, and funding for police resources and training. Reich cited examples of department progress while he’s been sheriff, and made no harsh comments about his opponent. He said he believes he’s doing all that he can to serve Eaton County well and hopes for continued support.
The next four candidates running for Michigan’s 65th and 71st districts were given a separate set of questions. The questions directed to these candidates were on the topics of the state of Michigan’s Great Lakes, support vs. opposition to the road funding package signed by Gov. Rick Snyder in 2015, and funding for Michigan schools.
First of the four to the podium was Bonnie Johnson, the Democrat candidate running for Michigan’s 65th district. This is not the first election in which Johnson has faced off with Republican opponent, Brett Roberts. Johnson is a farm owner who’s worked in the prison system, worked on a number of health and safety committees, and has stayed active in her community. Johnson expressed her concern for big corporations not being held accountable for the damage they cause the middle class and made it clear that she was not a career politician who can be bought by PAC money.
Brett Roberts took the podium and defended his currently held position as representative to Michigan’s 65th district. Roberts is also a local farmer who owns the Charlotte Dairy Queen and takes pride in his diverse background. He believes that vocational training in schools and getting the government out of the way of entrepreneurs are essential tasks for economic growth in the state.
First to the podium from Michigan’s 71st district candidates was Tom Barrett, the Republican incumbent. Like Johnson and Roberts, Barrett and Abed have opposed each other for the position before. Barrett won over Abed in 2014 by the slim margin of 148 votes. He is a proud military man, having served in the Iraq War, as well as in conflicts in other countries, like Kuwait. He is the only Iraq War veteran in the Michigan legislature, and his platforms and policies reflect his desire to ensure that veterans are treated fairly during and after service. Barrett is also passionate about education in Michigan and has opposed Republican supported legislation to take funding away from schools. While he won by a slim margin in the 2014 election, he said he is grateful for his 50/50 district because it represents a healthy balance in American democracy.
Theresa Abed followed Barrett to the podium. Abed has served as a member of the Michigan House of Representatives, a county commissioner in Eaton County, and as a social worker in the Michigan education system for 30 years. She has opposed common core, fought for college students struggling with debt, and sought to ensure that charter schools in the state are held to the same standards as public schools.
The hour and a half long forum was civil, to the point, and enlightening for students and attendees. All of the candidates expressed an obvious knowledge and passion for the issues and questions at hand. 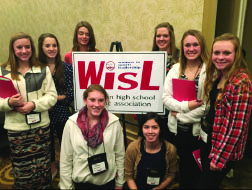 Bellevue student athletes continue to grow outside of competition 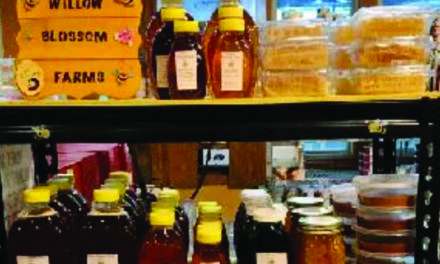 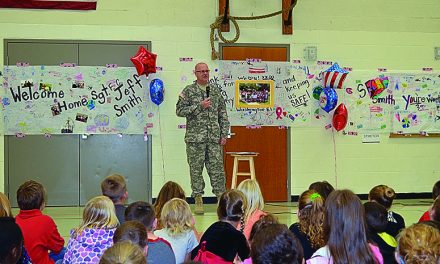