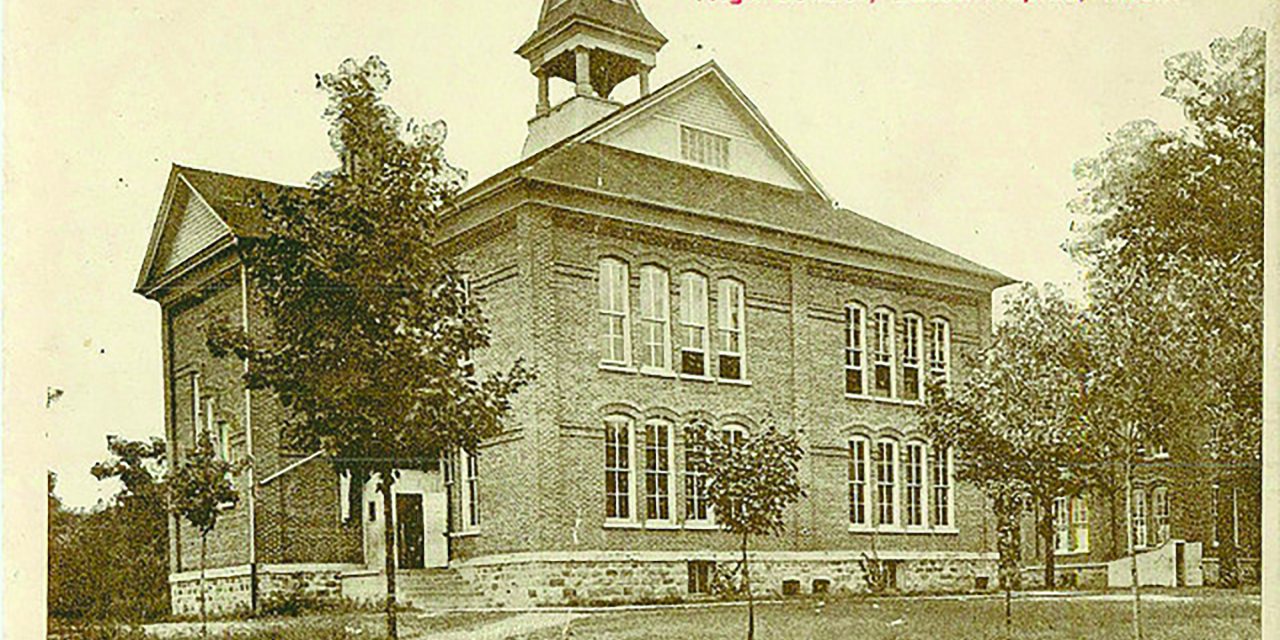 Eaton Rapids felt the impact of World War II just like the rest of the country. Looking back 75 years to 1945, Eaton Rapids area residents worked hard to do their part in helping the country win the war, as articles and ads in the Eaton Rapids Journal show.

John G. Davidson was the mayor of Eaton Rapids in 1945, with W. Scott Munn, the author of “The Only Eaton Rapids on Earth,” and Leo Benjamin as commissioners. The fire chief was Win Forward.

In the February 16, 1945, issue of the Eaton Rapids Journal, it was noted that men under 30 must be inducted into the military to meet the “urgent need of our fighting forces.” Their employment must be taken over by older men, men who are physically unacceptable for military service, and women, the notice stated.

Even children were encouraged to participate in the war effort. Eaton County students collected 2,627 bags of milkweed floss. This floss was shipped to Petoskey for the manufacture of life jackets for the Navy. Each life jacket required two bags of floss to fill it and potentially save a life.

The phone company, Michigan Bell, asked their customers to limit their long-distance calls, especially at night, to give soldiers a better chance to phone home.

A canning center was set up at the High School Home Economics building at King Street. Any family in the community was welcome to use the facility to can their “Victory Garden” yield. Canning equipment was provided, including pressure cookers, meat grinders, chopping blocks, scalding and blanching tools and cans (jars) that could be purchased there at cost. If sugar was unavailable, there was a food dehydrator to preserve their produce. President Franklin D. Roosevelt encouraged these efforts, stating that “Food preservation is much more necessary now than ever before. Whatever is raised and preserved will be a big help to the home and toward final victory.”

Gasoline was 16.5 cents per gallon at the M-99 Refinery at the city limits. A&P offered Northern toilet tissue for 19 cents for four rolls, Eight O’Clock coffee was 21 cents per pound, and steak was 38 cents per pound.

You could watch a movie at Capitol Theater, in downtown Eaton Rapids, and could buy war stamps and bonds there, also.

First Lt. Ralph Miller, age 27, of Eaton Rapids, commander of a B-29 Superfortress plane, was reported missing in action over Japan on June 14, 1945. His plane’s engine was knocked out with a single shell. Eight parachutes were seen leaving the plane, and then the plane burst into flames and crashed into the sea. Miller posthumously received a Purple Heart, the Air Medal, the American Defense Medal, a WWII Victory Ribbon and the American Theater Ribbon.

A devastating train wreck happened in June of 1945, making national news. A freight train traveling approximately 40 mph crashed head-on into a passenger train carrying 175 passengers near the depot on Hall Street, instantly killing the train engineer and the brakeman. Twenty-six people were injured. It was determined that the freight train failed to do a track switch, and human error was blamed.

An opportunity to go into the health business was available. A 17-room sanitarium and mineral bath business was up for sale, according to an ad, including all equipment and furnishings. There were four mineral bath rooms, a hot-pack room, office and bedroom on the first floor and 12 rooms on the second and third floors, which were used as hotel rooms. There was a 200-gallon mineral water storage tank. It could all be yours for $8,500. More than likely this was the bath house directly behind PNC Bank today, on Knight Street, although no address is listed in the ad.

Otto Bearman, a realtor, advertised homes for sale in Eaton Rapids in the Journal. An eight-room house on N. River Street was $3,600. A three-room farmhouse, with a basement, barn and hen house, was listed at $3,500.

Deb Malewski is a regular contributor to this newspaper and is well-versed in the history of Eaton Rapids and Eaton County.