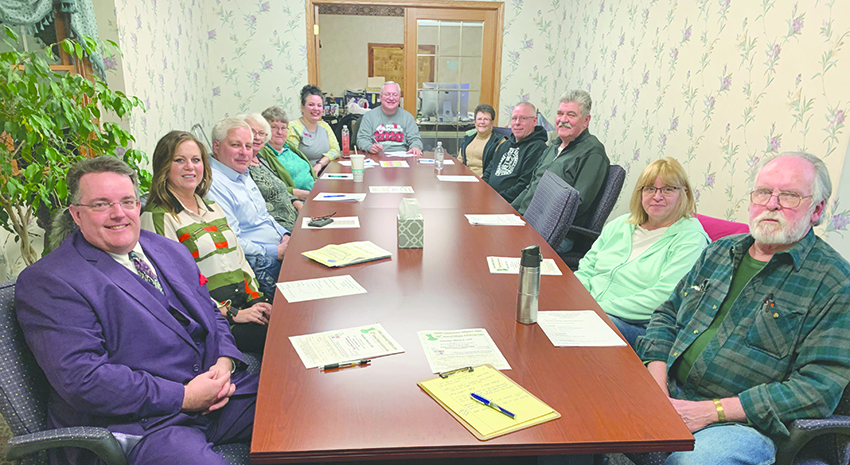 Margaret Kyser has been known as the driving force behind Eaton Community Palliative Care (ECPC) for many years, but she wants the community to know the vital role the organization’s board of directors play.

Kyser serves as the executive director of ECPC, which is located at 2675 S. Cochran in Charlotte. The organization was formerly known as Eaton Community Hospice. The non-profit organization provides end-of-life care in a residential setting with support for the patient and their families to enable death with dignity.

The board of directors serves as a governing board to support the program, Kyser said. The board bylaws allow 12 to 25 members to serve on the board. They meet quarterly, with an annual meeting in October. The board works with a budget of almost $1 million annually.

“Our board helps to communicate to the public the value of the program,” Kyser said. “They help with fundraising, and many also work as volunteers in various capacities.”

Palliative Care has an active thrift store, a Christmas store, a furniture store, a grief support group, and more, all of which are run by volunteers. Many board members have had friends or family members cared for at ECPC and are familiar with the processes there.

“We’re like extended family,” said board president, and former state senator, Rick Jones. “Come to us when you need help at the toughest time of life.”

A tough situation that the board has had to deal with was when the organization had to change from being a free service to charging their patients, Jones said.

“Donations were drying up,” he explained. “To continue serving those who needed our services, we had to set a daily fee.”

Jones started out as a volunteer with the program, after seeing the good being done, doing respite care in homes. He also helps with fundraising.

“It’s a great opportunity to do for the community,” Judge Julie O’Neill said. “It’s a real privilege to be involved and spread the word about what Palliative Care does.” O’Neill helps with fundraising for the organization.

“It’s the best job I’ve ever had,” Mollie Stevens, from Bellevue, said. “I’m paid in wisdom, and I learn so much from our patients.”  Stevens started volunteering in patient care in 1996.

“Margaret is an awesome teacher. She is my first choice for a sister if I could pick one.”

“It’s nice to know that we as an organization can help people through the process of dealing with their grief,” Wright said.

Ann Cantine is a charter board member, starting out in 1983, and has served as president of the organization and as volunteer patient care coordinator. She started the first Hospice Thrift Store in 2004.

Dawn Christenson, LVT, M. Div., was a patient care volunteer for 11 years and served for nearly two years as its assistant director. Mark Hughes is new to the board, having learned firsthand about ECPC and the care they provide when his father was a patient there.

Cindy Martens has been on the board since 1995, starting out as a volunteer there in 1992. She has worked in patient care as well as helping in the office, fundraising and meal preparation.

Rob Piercefield, being a restaurant owner, has provided food for events at ECPC. Jim Pike started volunteering in 1993 in maintenance projects. His first connection with ECPC was through the grief support group after his wife’s death. Dave Powers was instrumental in acquiring the property for both Hospice houses and volunteers for fundraisers and special projects, plus provides security for the ECPC. Ava Towns has been an all-around volunteer for many years, including the annual Barn Sale, helping with parades, stuffing envelopes and filling in as secretary.