Community rallies around family that lost home to fire

Erin Wagner couldn’t help but be heartbroken for her six children as they celebrated the arrival of new pillows as if they were gifts on Christmas morning. The pillows were a comfort most in the family had gone without since a fire nearly burned down their home in mid-March.

Since then Erin and her husband, Paul have been grasping for any sort of stability for their family.

“I hope my kids will learn from this not to take anything for granted and to be that person to come through for others,” Erin said.

Many in the Charlotte and Potterville communities have come through for the Wagner family since the fire. Their neighbor, Jim Droscha offered a mobile home on his property as a place for the family to stay while their home is restored. Local churches have raised money, Helping Hands Pantry supplied the family with food, and countless community members, including a group of parents from Potterville Middle School, have donated clothing for her children.

“It feels very good to be in the community you grew up in and to see everyone come together in support,” Erin said. “We are very much sewn into the people here and to see it come back to us … I never expected to be on the receiving end.”

The family still comes across items for which they need to run to the store. And, nearly a week after moving in to their new temporary home, the family was still awaiting the arrival of beds to sleep on.

As much as the support is appreciated, it was greatly needed. The fire nearly destroyed their home, taking most of their belongings, but it also took away the sense of security felt by the six children.

School had been cancelled March 12 following a more than expected snowfall during the early morning hours. That afternoon Erin was preparing to lie down to help her four youngest take a nap, when one of her oldest yelled out that he saw smoke coming from the kitchen.

“I saw the trail of smoke was coming from the garage,” Erin recalls. “As soon as I reached to open the door, I suffered third degree burns on my hand.”

She was determined to save the family’s baby goats that were using the garage for warmth. However, she saw the black smoke billowing from the garage and realized the fire was much too big for her to put out with a small fire extinguisher.

She cried out for her children to get out of the house and into the family mini-van. Fortunately, the children did as they were told and all made it out without injury, many without their shoes.

“It was all the hand of God,” Erin said. “If everything hadn’t gone exactly how it did, we wouldn’t be here today.”

A false alarm in October of last year taught the family a valuable lesson of the do’s and don’ts of a house fire.

“They were running back into the house for stuffed animals and toys,” Erin recalls. “Thankfully that happened then, because they learned to just get out of the house.”

The family was told to expect to be able to return home some time in late July or early August. Until, they will continue to adjust.

“We’ve got what matters,” Erin said. “The rest is just stuff.” 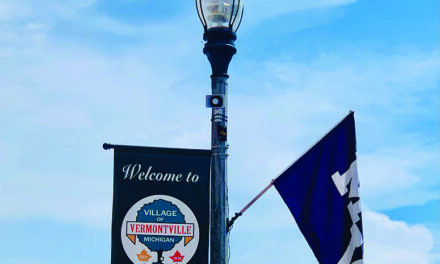 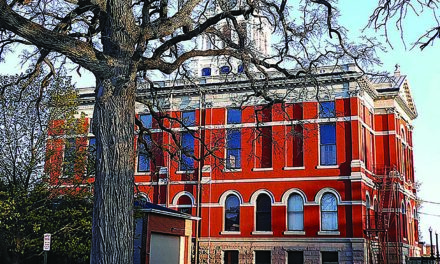 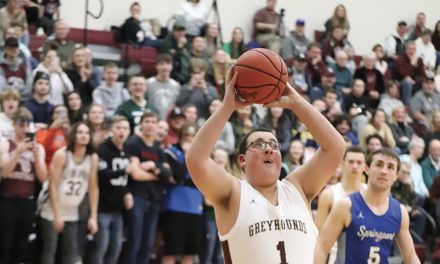