On a High Note — Cheyanne Coss 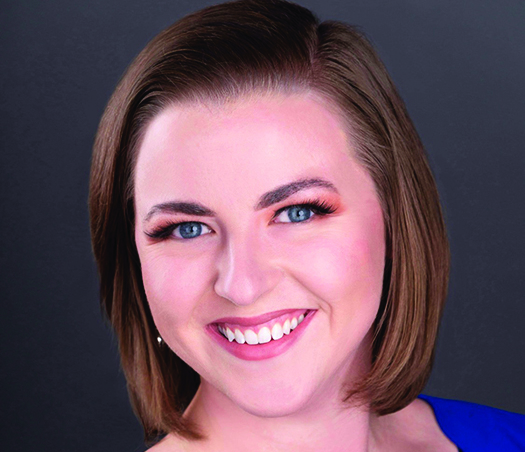 When you think of Eaton Rapids, opera isn’t something that normally comes to mind. But maybe it should. Cheyanne Coss, from Eaton Rapids, is making a name for herself on the national opera stage. Coss is currently competing as one of 23 finalists in the Metropolitan Opera National Council Auditions.
Coss is a 2009 graduate of Eaton Rapids High School, an alumna of Oakland University where she studied vocal performance and the New England Conservatory in Boston where she completed her graduate studies with two degrees in opera.
San Francisco Classical Voice, an arts and humanities website, described her voice as “a rich chocolatey tone with precise dynamic control.”
In Eaton Rapids, Coss was always involved with music, she said. She was in band and choir and knew that she wanted to pursue a musical career. She credits her teachers in Eaton Rapids with being incredibly supportive and for fostering the love of music in her.
But one day, Marcia Wieland, her choir teacher, sat her down and was totally straight with her, Coss said. Wieland explained how musical theater, which Coss wanted to get into, was very tough and required her to be a trained actor and dancer in addition to singing. She was too far behind in those areas, Wieland explained, to become really successful in musical theater.
“I was grateful for her honesty and knew it was entirely true,” Coss said. Wieland encouraged her to see an opera, however, as she felt her voice was well suited for classical music.
“I instantly fell in love,” Coss said. “Opera was a perfect balance of singing for me, and I wouldn’t be starting so far behind.”
“My parents weren’t really musically inclined but encouraged me,” Coss said. “They realized that music is a very volatile career path with no guarantee of stability.”
“I’ve been really lucky. I made good connections early on which led to getting a lot of work,” Coss said, “and have been able to support myself most of the time.” She is currently with the Arizona Opera, where she is doing virtual concerts and will be doing some outdoor concerts. “It’s a release people need in this stressful time,” she explained. She will be performing the part of Barbarina in “The Marriage of Figaro” this summer.
Competing for the Metropolitan Opera was different this year due to COVID-19. Participants normally would travel to New York for the competition, but this year they are singing wherever they are, explained Coss. Contestants come from anywhere in North America and over 1,000 people usually apply. There are usually five or six winners, and the top prize is $20,000.
Coss feels that the close-up intimacy of the virtual experience may be in her favor, with the judges able to see her emotions and how connected she is to what she is singing.
“But once you reach this point—it’s a crapshoot,” she said, laughing. “There are no duds in this group!”
“I’m very proud to be from a small town, that I made my way from scratch, and made my connections on my own. I was able to develop my love of music in a very organic way.” Coss still has family in Eaton Rapids; her mother Kathleen Coss and siblings Chelsea and Chase Coss.
You can learn more about Cheyanne Coss at her website cheyannecoss.com 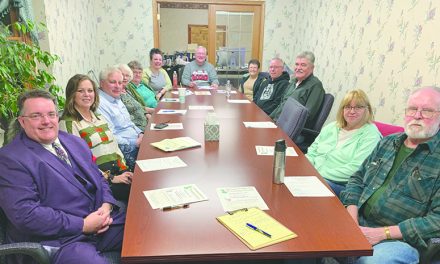 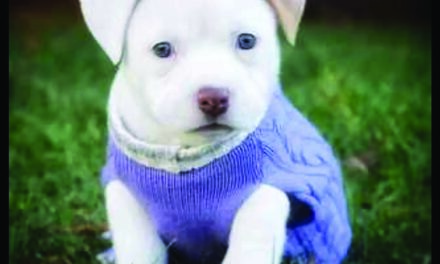 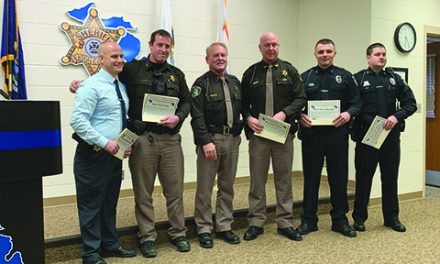