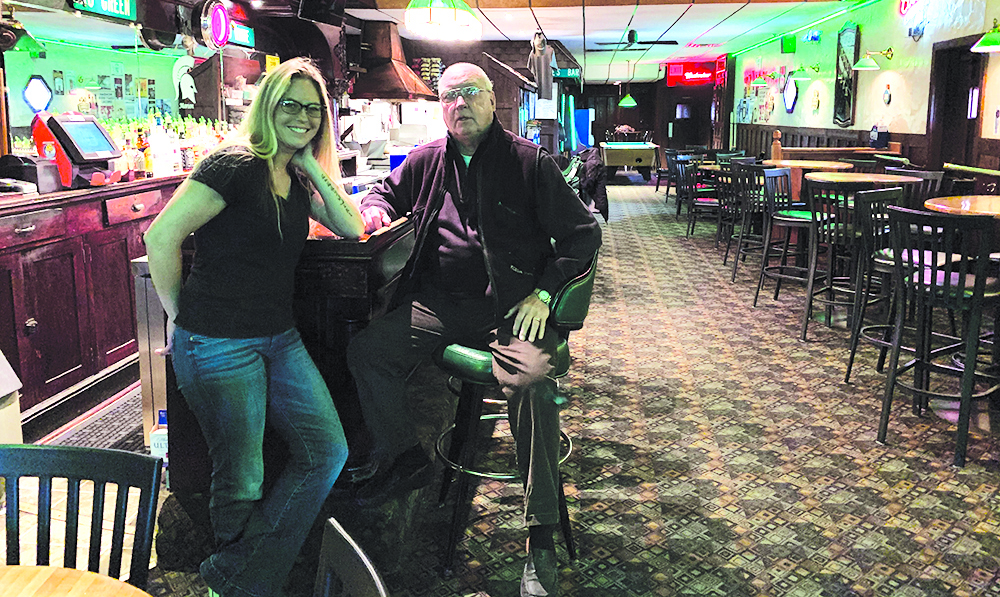 — A year ago, Natalie Steward snipped the grand-opening ribbon outside of Abie’s Bar and marked the changing ownership of the landmark business from Fred Wager to herself. Steward was familiar with her new responsibilities, having worked at Abie’s for 13 years, starting out as a cook. Sensing her potential even back then, Wager recruited her from another local bar to come to work for him at Abie’s.

“It’s been much more chaotic and more stressful than I realized it would be,” Steward commented, when reflecting on her first year in business.

“I learned to expect the unexpected, like wrong deliveries and equipment failure,” she said. “Once I accepted that it got much easier.”

One of the harder aspects of owning a bar was learning how to be a boss, Steward explained. She had to learn how to balance being kind and letting the employees know they are greatly appreciated, with being stern when needed.

“I was in their same shoes at one time, so I know how that feels, but it’s still hard.”

Most who work at Abie’s are longtime employees and don’t want to leave. One employee was there for 27 years, Stewart commented.

“One of the most stressful parts of being a bar owner was thinking that I had to please everyone,” said Steward. “But the best part is the people — the supportive customers who were truly happy for me.”

Especially now, more than ever, Steward appreciates those supportive customers. The bar closed on Monday, March 16, at 3 p.m., due to the governor’s Executive Order No. 2020-9, which was done to deter the spread of COVID-19.

The place was packed all day, right up until 3 p.m., Steward said. Some were there for their own “last hurrah” and some came in just to spend some money to support the bar and the employees. This kindness was very much appreciated by the staff, she said, especially since this is the only income for some of their 12 employees, and some do not have health insurance.

“Our sales were up three times what’s normal,” Steward said. “But it was so strange, locking that door at three in the afternoon; I felt like I failed.”

What many don’t realize is that March is usually the best month of the year for sales, former owner Fred Wager said.

“Losing basketball and St. Patrick’s Day is huge,” Wager said. “March in the bar business is like Christmas.”

It has been different, with a woman running the business, Wager said.

“It needed to change,” he said. “The clientele has changed a bit, we are seeing younger people, and she has lots of new ideas that have benefited the business.

“I want to say thank you to the people who continue to come in and support Abie’s,” Steward said. “We’ve had calls all day from people wondering if we were open.”

Abie’s is completely closed and will not reopen until the state’s mandatory order is lifted.