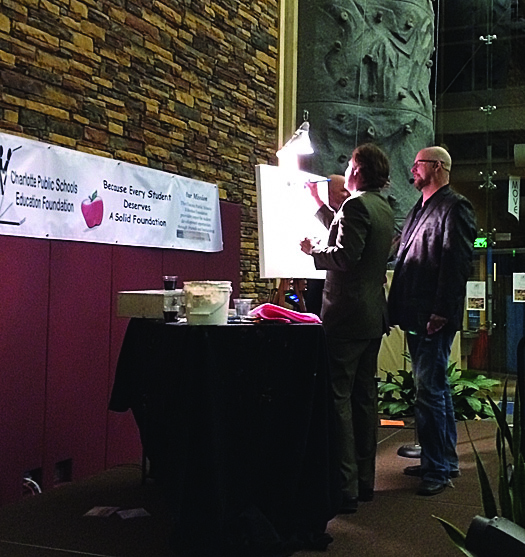 One by one Mike McMath pulled people from the crowd to help him fill his empty canvas with paint. Slowly, with the participation of those attending the Charlotte Public Schools Education Foundation’s inaugural Art Appreciation & Sale event, the scene began to take shape.

McMath filled in the holes, all while singing along with his brother, Matt McMath, who was strumming away on the guitar. In the end, the duo that makes up Empty Canvas had created a beautiful landscape while entertaining the crowd. The piece of artwork was the first piece auctioned off during the live auction portion of the evening, brining in more than $400 for the foundation.

“I was really pleased that so many community members came out to enjoy the evening, including Empty Canvas entertainment, and support the CPS Educational Foundation Endowment Fund,” said Sharon Kubica, vice president of the Foundation board. “It was a great opportunity to purchase quality art at very reasonable prices.”

“We are so grateful to everyone who made it such a successful event,” Kubica said. 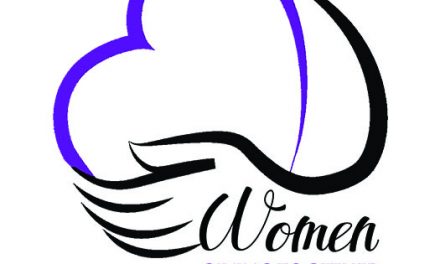 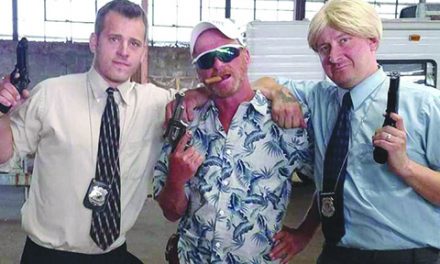 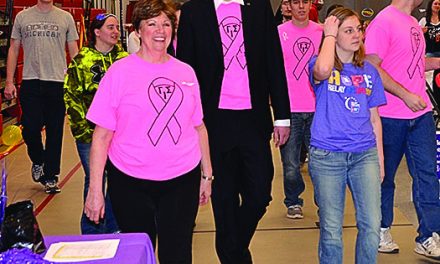