A fire fighter’s first duty is to answer every call with skill, efficiency, and speed. The equipment that firefighters use can make a difference in the fire they are battling and in their own personal safety. The Eaton Rapids Fire Department (ERFD) has recently upgraded a major piece of equipment to be able to provide those services in the most efficient, timely, and safe way by purchasing a 2020 Spartan S-180 pumper.
“This new truck replaces a 27-year-old pumper truck which no longer meets National Fire Protection Association (NFPN) standards,” ERFD Chief Roger McNutt explained.
“It’s just past it’s prime,” McNutt said, of the old pumper. The 1994 vehicle will be advertised and sold, possibly to another fire department, he said. The last truck that McNutt sold went to the state of Wyoming where it is used for fighting range fires. With its 3,650-gallon water tank, it was a huge asset for that department, despite its age, he said.
The Spartan S-180 pumper has a 1,000-gallon tank and the ability to pump 1,500 gallons of water per minute when hooked up to a hydrant. The water output is controlled by the water pressure and the size of the hose used.
“The S-180 is basically the same truck as the 1994, but it’s newer, safer, and has roll-over protection,” said McNutt. “It has sensors that will de-power the truck if it starts to roll over.”  The vehicle also has a computer system in the cab which controls many of its systems.
The Spartan Fire by REV S-180 is a custom-built apparatus that can be manufactured in half the time as their closest competitor takes. The “180” in the vehicle’s name represents the 180 days it generally takes from the time of the order to the delivery of the vehicle, compared to ten to 14 months that most orders require. It is built using a Spartan Metro Star MFD chassis.
“It’s not top of the line,” McNutt explained. “We didn’t want a lot of add-ons to the truck that would cost more.
“I need a truck to get there and to pump water. That’s all I care about,” he added. “We picked the cheapest cab they make, which fits the City of Eaton Rapids’ needs perfectly.”
At a cost of almost $400,000, the truck has a life expectancy of 20 years with normal maintenance, and up to 30 years if it is refurbished at 20 years.
“I want to thank the Eaton Rapids City Council for their support of Eaton Rapids Fire Department and for purchasing this new truck,” McNutt said. “It’s nice to have a new truck that’s up-to-date and more modern than a 30-year-old truck,” he added.
The next expenditure McNutt hopes to make will address year-round situations involving the Grand River.  “Being surrounded by the Grand River,” McNutt explained, “we need something for river rescues that will go on both the ice and in open water.” His 2022 budget includes a request for a hovercraft rescue boat. A hovercraft is an amphibious craft capable of traveling over land, water, mud, ice, and other surfaces. McNutt expects it to cost approximately $54,000. They currently have a small rescue boat that is used when the water surface is open.
There are 19 members of the Eaton Rapids Fire department. It is a paid-on-call department and members are state certified to Fire Fighter II status and it is licensed as a Medical First Responder agency. ERFD has 7 vehicles, three of which are firefighting trucks. The ERPD made 545 runs in 2020, including fires and medical emergencies.
For those interested in becoming a volunteer firefighter for the City of Eaton Rapids, McNutt encourages them to contact his department. They will provide the necessary training, with an annual fire school, and provide the gear needed.
To contact the Eaton Rapids Fire Department, call 517-663-8115×5 or email erfd@cityofeatonrapids.com. The ERPD is located at 101 Line Street along with the Eaton Rapids Police Department. 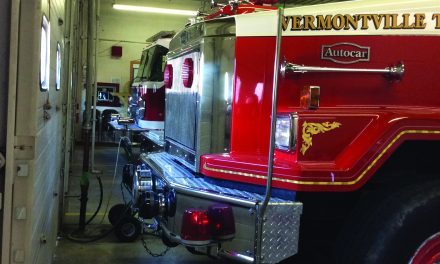 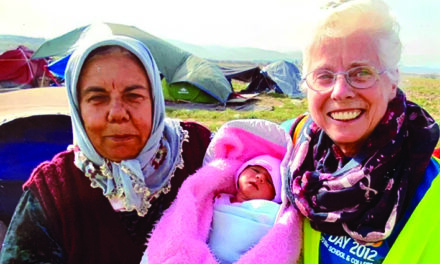 Getting to know Linda Kelley, the “Bike Lady” 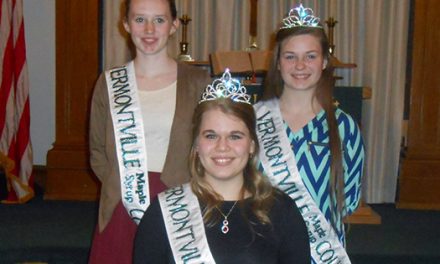