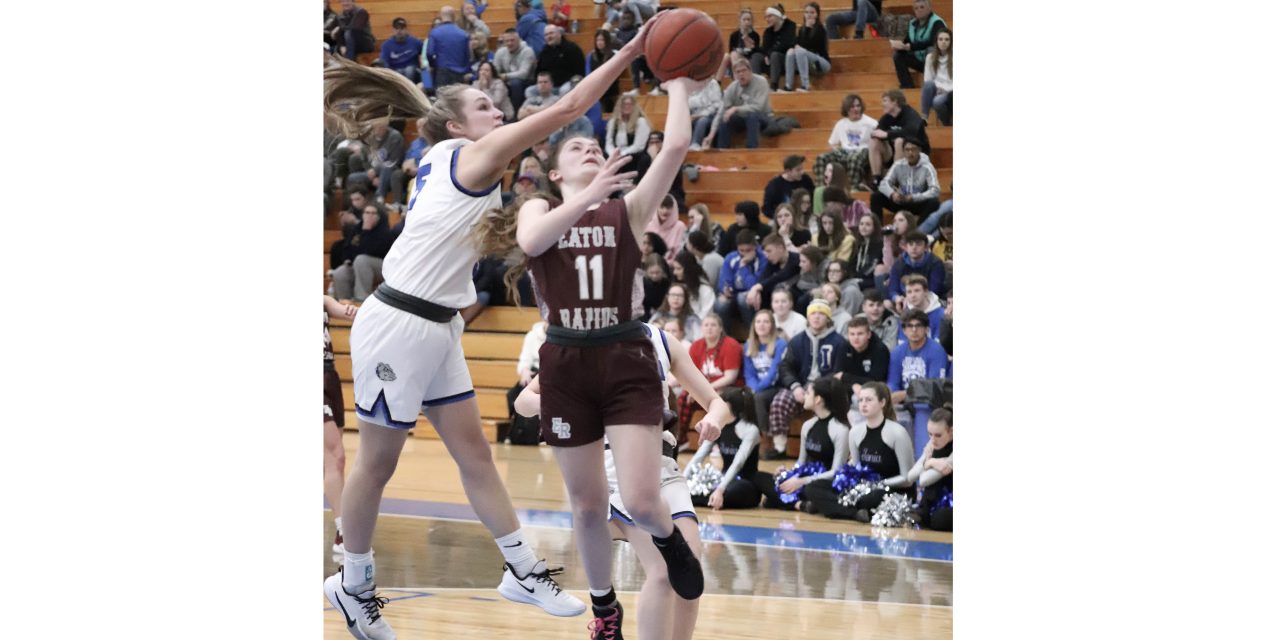 The Eaton Rapids girls varsity basketball team finished its regular season by beating Ionia 47-34 on Feb. 28. The win put the Greyhounds at 14-6 for the regular season.

Being senior night for the Bulldogs, they came out with a little extra energy, jumping out to an 8-3 lead. After weathering the storm of the beginning, the Greyhounds started to flex their defensive muscle and trailed only 10-12 after the first quarter. In the second, the defensive pressure from Eaton Rapids really put the squeeze on the Bulldogs, limiting them to just 4 points before a long 3-pointer was banked in at the buzzer. As they headed to the locker room, the Greyhounds held a 21-19 lead.

In the third quarter though, Eaton Rapids really became disruptive on the defensive end, forcing 10 turnovers in that quarter alone. Using that pressure for some easy transition points, they jumped out to a 35-25 lead after the quarter was over. In the 4th quarter, defense once again lead to a couple of transition baskets, and with 6:48 in the game, the Greyhounds took a 40-25 lead and cruised to the end from there.

Peyton Benjamin led all scorers with 20 big points to go along with her 8 rebounds. Emily Cline added 13 points and 7 assists. Shelby Warner chipped in 6 points, Loralei Berry had 5 and Adi Sysum rounded out the scoring with 3 points to go with her 6 steals.

The win against Ionia marked the end of the Greyhounds’ regular season as they head into the post-season in a very tough district. Their first game will come against Chelsea (17-3), who is currently ranked #5 in the state. That game is set for Monday, March 2 at Cheslea, with a 7 p.m. start time.

Eaton Rapids’ Loralei Berry is shown in the Feb. 28 contest against Ionia.