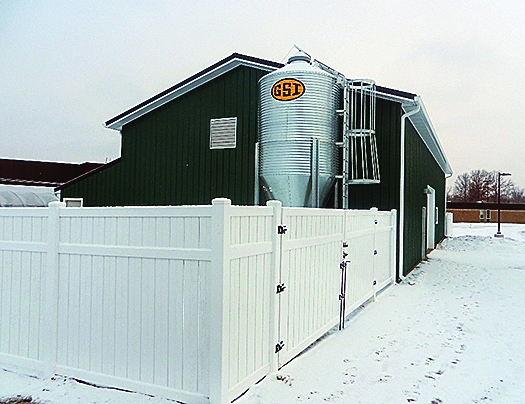 April 8, 2014 is a date ingrained in the memory of Olivet High School teacher and FFA leader Doug Pennington. It’s the day his program was turned upside down when the FFA barn, located on the Olivet Community Schools campus, burned to the ground in a fire caused by one of the heat lamps.
It’s also a day, however, that he began to learn the extent of the community’s generosity and how much the FFA program and its students mean to the community. Though he was out of town during spring break, Pennington immediately began looking for ways to restore the barn and many of the animals and equipment that were lost in the blaze. The response was overwhelming.
“It’s been incredible,” Pennington said. “It blew me away, the amount of people that have stepped forward in various ways. People donated what they could and I received a lot of personal notes of support.”
A combination of donations from the community and the insurance claim allowed work to replace the FFA barn to begin in September. On Tuesday, Jan. 27, the Olivet FFA program will unveil its new “home base” to the community during a ceremony at 7 p.m.
“The support that we received from our community was amazing,” said Jared Miller, Olivet FFA Vice President. “That is the wonderful thing about living in a small town, everybody is always willing to help.”
Pennington said the new barn is a little bigger and designed to better meet the needs of the program. Pennington said a tour of the barn on Jan. 27 will give him the opportunity to thank those who helped make it happen as well as those who allowed the FFA program to function without the barn at the tail end of last school year and the beginning of the 2014-15 school year.
“It was tough because the kids normally raise their animals on site,” Pennington said. “Matt and Tara Miller really stepped up for us allowing the kids to keep their animals at their house through the fair. Matt really stepped up and helped the kids a lot. Quite frankly I learned a lot from Matt. He has a lot of knowledge related to the beef industry and livestock in general.”
Pennington said having the barn back on site will make running the program that much easier again.
“The new barn is truly a blessing to our chapter,” said John Williams, Olivet FFA President. “It provides many of our members with opportunities that they would have been unlikely to have otherwise, particularly the ability to show animals at the fair, an irreplaceable experience.”

School board unanimously approves Rosekrans as next superintendent 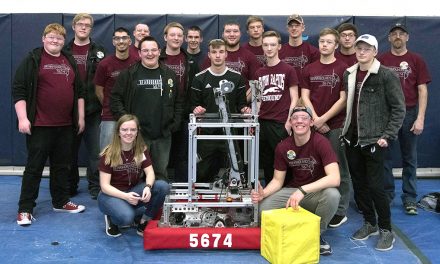 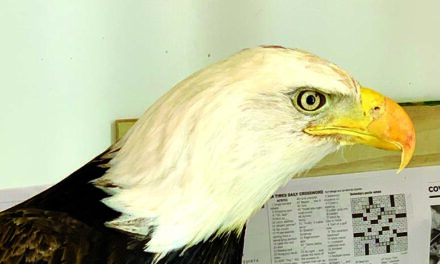