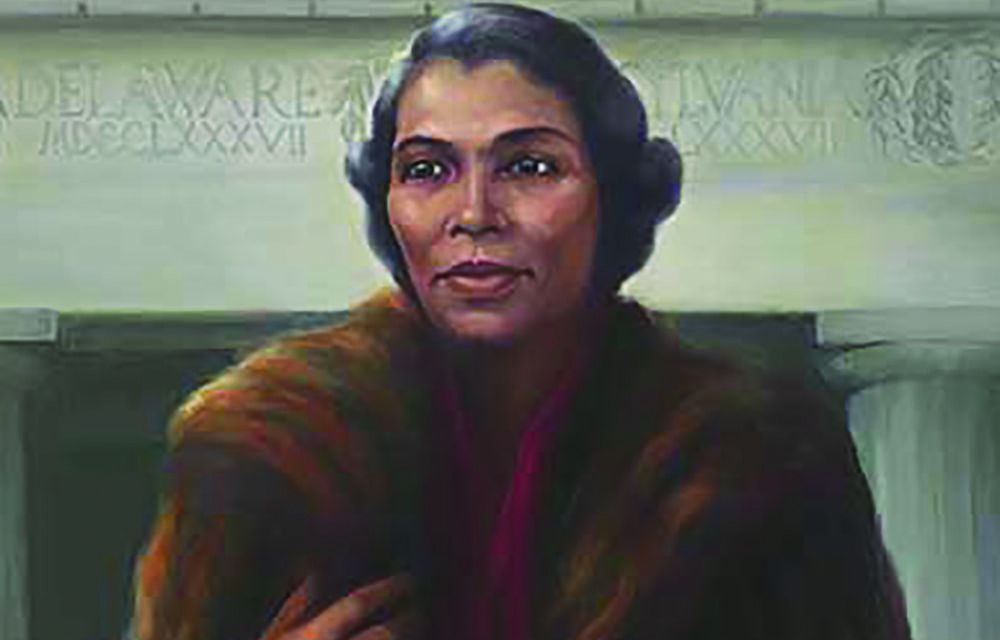 It’s always exciting when big names of one kind or another come to town. In late July 2020, the Courthouse Square Museum, which is inside the 1885 courthouse in downtown Charlotte, was honored with the presence of a film crew from PBS who were making “The Voice of Freedom.” This is a documentary about singer Marian Anderson and her history-making 1939 concert at the Lincoln Memorial. Much of the dialogue was filmed in the courthouse building, along with some visual scenes.
The documentary will air on PBS on Monday, February 15, at 9 p.m. You can watch the trailer on their website at pbs.org/wgbh/americanexperience/films/voice-freedom/.
Anderson, a contralto (women with lower singing voices), was the first African American singer to perform at the White House and the first African American to sing with New York’s Metropolitan Opera. Anderson is credited with breaking down many barriers for African American artists and performers.
“We were honored to play a small role in the making of this documentary,” Julie Kimmer, museum director, said. “I have enormous respect for PBS and I’m beyond delighted at the meaningful content of this documentary.”
The production company was originally slated to do their scenes at the 1855 Turner-Dodge house in Lansing. The scene being produced, however, involved recording an interview, with the interviewer being in New York City and the interviewees being at the Turner-Dodge House. This situation required a high-speed internet connection, which the Turner-Dodge House was unable to provide.
With the Turner-Dodge out, they next turned to the 1885 Eaton County Courthouse as a location. Thanks to Pottervilla Applied Technology, a tenant in the Courthouse, this advanced technological connection was made possible, Kimmer explained. High-speed fiber optic internet was installed which provided state-of-the-art high-speed connections between Charlotte and New York City.
This opportunity occurred because Kimmer signed up with a film consortium several years ago, agreeing to be a location for films. They’ve had four or five other instances like this, being part of a film, Kimmer stated, but none that could compare to the PBS opportunity.
The film crew sought a location that was representative of the late 1930s, when Anderson, after being barred from performing at Constitution Hall due to her race, performed on the steps of the Lincoln Memorial in Washington DC, singing to a crowd of 75,000 on Easter Sunday.
She was hailed as “the voice that only comes around once in a hundred years,” and the performance was widely acclaimed by both white and black audiences at home and abroad.
The documentary interweaves the story of Anderson’s life with this landmark moment in American history.
The film crew took over the building, Kimmer explained. The initial plan was to use the old circuit courtroom, which has been fully restored, but the acoustics proved to be a problem. They also tried the center rotunda area, but ended up selecting the museum office, which originally served as the Eaton County Clerk’s office.
Everything was cleared out of the office, especially anything that wouldn’t have been period appropriate for 1939, and they began their work. It took one long day, about 12 to 14 hours, Kimmer stated, and the crew took all the necessary COVID-19 precautions while working in the museum.
The Courthouse Square Museum received compensation for the use of the building for the production.
“Courthouse Square is both pleased and honored to host events like these which promote history,” said Rod Weaver, president of the association. Most of the other events normally hosted at the courthouse were canceled this year due to the COVID-19 pandemic.
The 1885 Courthouse is located at 100 West Lawrence and is open to the public Monday through Friday from 9 a.m. to 4 p.m. For more information call Julie Kimmer at 517-543-6999.

Can Do! focuses on economic prosperity in January 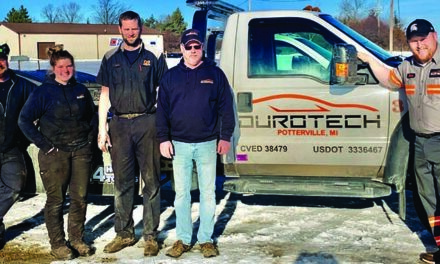