Remember When: A Local History Mystery 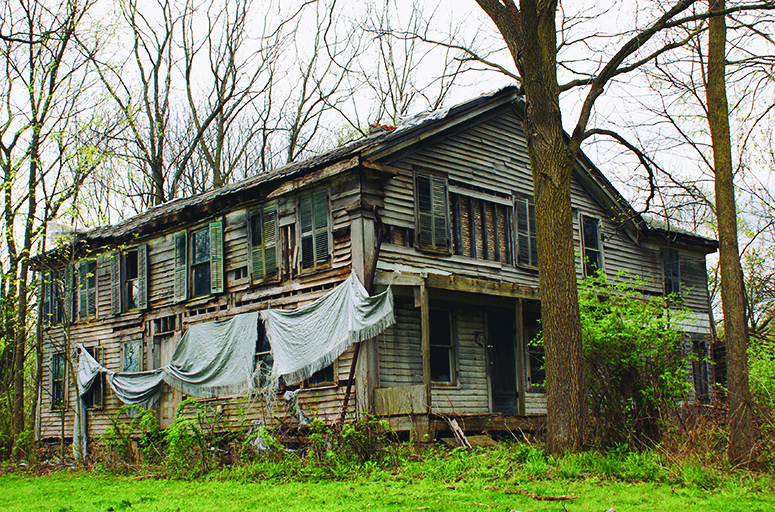 One of the biggest historical mysteries in Eaton Rapids involves a house that is no longer in existence. It was located south of town, on Kinneville Road in Hamlin Township. The house was known as the Calvin Hale (1812-1896) house and was owned by Pat and Bob Albaugh.
Government records show that Hale purchased the land in the fall of 1836.
Hale was known as a “practical farmer,” he was liberal in his religious beliefs, was politically considered a Whig and a Republican, had a basic education, and was “strongly opposed to all secret organizations”, and was fearless in the advocacy of his principles, according to Samuel Durant, author of The History of Ingham and Eaton Counties in 1880 about Hale.
The Albaughs inherited the house, built around 1850, in 1990 when their friend and neighbor, Clayton Naylor, passed. The house was torn down in 2014 when it had deteriorated beyond saving. Time and weather took their toll on what was once a majestic farm in the country.
Line drawings of the farm, with multiple outbuildings and barns, are included along with a history of the Hale family in  “The History of Ingham and Eaton Counties,” including drawings of Hale and his wife, Eleanor, who he married in 1839.
In 1882 Hale sold the farm to S.S. Boorn, and Hale moved to a brick house at Broad and Main Streets. In 1897 Boorn traded the farm for 60 acres west of town.
But what made the house such a mystery? After investigating the house, and doing a bit of historical research, Pat Albaugh came to believe that the Hale House might have been a stop on the Underground Railroad.
This “railroad” was actually a network of people who would offer shelter and aid to escaped slaves who might be heading to Canada or Detroit in the 1850s. The Fugitive Slave Acts of 1793 and 1850 provided for the capture and return of slaves who had escaped, creating a lucrative business for those who located escaped slaves. These were among the most controversial laws of that time, and they were repealed in 1864.
There were clues in the house, Albaugh thought, that pointed to this belief, like odd architectural details. There was a tiny room in the basement, accessed only by prying up the floorboards in the kitchen.  There was a second set of stairs leading to the basement from a bedroom closet. Every room on the first floor has an exterior door (which could make it easier to flee from a would-be captor). There was no way to access the attic, but the Albaughs discovered that the boards of the ceiling were not nailed down and could be shifted to enter the attic, perhaps an attempt to hide the existence of the attic.
The center beam in the attic was surprisingly smooth, compared to the others that were very rough. The Albaughs surmised that the smoothness was created by people sitting on it.
There was a large cistern in the house, a tank used for storing water, and it had no water line, perhaps indicating it never had water in it and that it could possibly be used for hiding something.
School groups came through and explored the house. Programs were put on, and fundraising began to save the house from its inevitable destruction. Tarps were purchased and put over the house to prevent water damage, but they eventually rotted away, along with the house.
The professional researchers came in and did their own investigations, too. If the Hale house was determined to be part of the Underground Railroad, this was an important historical find.
No documented routes of the Underground Railroad ran through Eaton, Clinton, or Ingham counties, said Edwina Murphy in news interviews at the time. Murphy was considered an expert about the Underground Railroad and was a member of the Michigan Freedom Trail Committee. Underground Railroad routes normally ran south of Lansing through Jackson, Ann Arbor, and Detroit, she explained.
“The problem with the Underground Railroad is that little magic word ‘underground,’ said Murphy. “They took pains to hide their activities as it was illegal.”
Nothing was ever found to definitely prove that the house was part of the Underground Railroad.

Calvin and Eleanor Hale are buried in the Oakwood Cemetery, Hamlin Township. 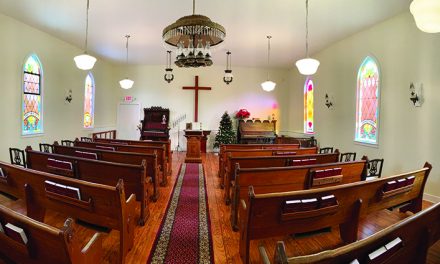 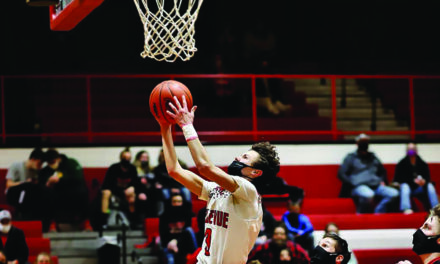