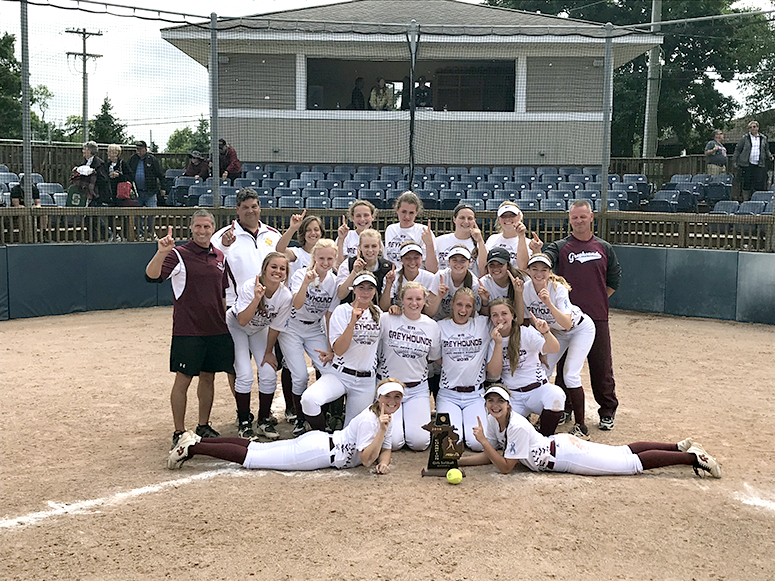 2018 has been an exciting season for the Eaton Rapids varsity softball team. Undefeated in league play, and with a record of 36 and 6, the greyhound girls have given every team a run for their money with what head coach Scott Warriner calls “a scrappiness they’ve had all year.”

Saturday, June 9 at the regional championship games, the varsity team took Flint Powers Catholic in an 11-3 game, and then won the regional title in an 11-1 win over Owosso. In the quarterfinal game Eaton Rapids played against Flat Rock, who got the jump on the greyhounds until freshman Shelby Kunkel evened the odds by hitting a triple. Eaton Rapids kept the momentum through the 5th, 6th, and 7th innings and won 12-4. By the time this issue was published, the Eaton Rapids girls played the semi-final game against Escanaba Thursday, June 14 at Michigan State University. Readers can find the scores from that game by visiting greyhoundathletics.com.

Warriner expressed his pride in the girls’ accomplishments not only because they’ve won some games and made it far, but because they’ve pulled out a tough season against several good teams. On top of the tough season the team has relied on the consistency of several underclassman players, a feat that both surprised Warriner and left him confident for the semifinal game.

“We had a little more experience this year,” said Warriner. “We had our starters back from last year, and we did have an outstanding season last year.”

Like in the game against Flat Rock, the greyhounds have played a few other games in the 2018 season where the opposition came out strong, but the girls found their rhythm and came out on top, according to Warriner. Even in their handful of losses, Warriner was pleased by the “high caliber ball” the girls played on the field.

When it comes to Warriner’s coaching strategy, he always aims to be strong defensively.

“We need to be the strongest defensive team we can possibly be, then we’re ready for whatever, and we can put pressure on their defense,” said Warriner.

Warriner was also thankful for his co-coach, Pat Reinecke, who he’s worked with for 14 years to build up a consistent program. But the game always comes back to the players, and Warriner couldn’t be more pleased with his team.

“They’re an outstanding group of young ladies,” said Warriner. “This season is definitely a testament to their grit and competitive spirit.” 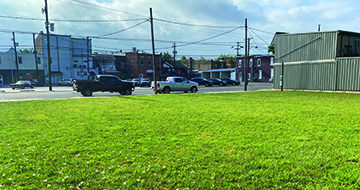 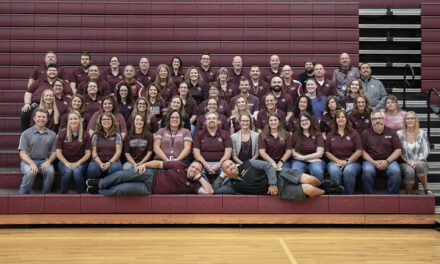