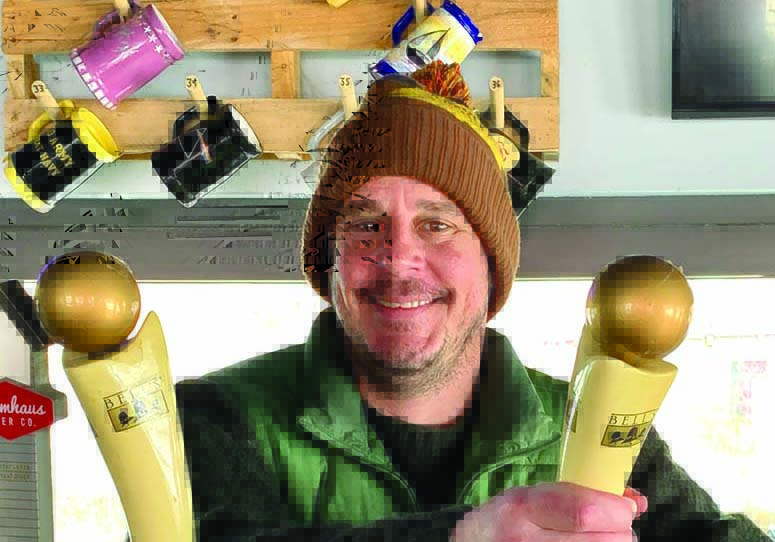 After a seven-month break, the Eaton Rapids Craft Co. bar and restaurant has re-opened with a new chef, a new menu, and a refreshed attitude and perspective on the business.
The restaurant, like all others in the state, is bound by the latest mandate that limits their seating capacity to 25%, tables spaced six feet apart, no more than six per table, contact info taken, and with a 10 p.m. closing time. The 25% limit means that they can seat 27 people.
“Restaurants of our style need to be at about 75% capacity to break even,” Arby Schleman explained.
Schleman and his partner, Don McNabb, determined that the 25% percent capacity limit would not be feasible for the Craft Co., and decided to limit their food service to take-out boxed meals.
Those box meals, featuring homestyle fare, seemed to have hit the mark with hungry Rapidians.
“We sold out the first night we were open,” Schleman said. “And the reviews have been great.” No preorders are needed, as the boxed dinners can be assembled in just minutes. Bacon-wrapped meatloaf, garlic mashed potatoes, green beans Almondine, and honey roasted carrots are representative of their dinners.
“People will be impressed with our new chef, Adam Ray—he actually qualified to be a Chopped contestant,” said Schleman.
Chef Ray is burning up the kitchen with his in-house smoked meats. “We use wood for almost everything,” Schleman said, “and our busiest days are when people see the smoker going.”
The restaurant has filed for a reimbursement grant from the Match on Main program through the Michigan Economic Development Corporation (MEDC) to purchase a wood-fired pizza oven. This type of oven, which cooks at a very high temperature, is faster than a standard pizza oven in addition to adding a unique flavor to the pizzas.
They are also considering purchasing several igloos so that customers can sit outside this winter and enjoy the Grand River while dining. The igloos would seat 6.
Alex McChriston was hired as the kitchen manager and will be responsible for a lot of the hiring, scheduling, and just making sure the kitchen runs efficiently, Schleman explained. They expect to be hiring staff in the near future. Both McChriston and Ray have worked in restaurants since they were teens.
The kitchen was altered during the downtime to deep clean it and make it more efficient. The walk-in freezer was removed, Schleman said, to improve efficiency and because the chef wants the focus on fresh food. With the emphasis on locally obtained meat and produce, they get their produce from Stan Setas Produce in Lansing, and their meat and fish from Northern Lakes Seafood and Meat in Detroit. Northern Lakes provides them with pure white-meat pork, Schleman explained, for a better dining experience.
While you are waiting for your boxed meal you can come in and enjoy a beverage, however, as long as you follow all the social distancing rules, with no table service, Schleman suggested.
“Grab a box, sit down, and enjoy a pint while you eat!” Schleman said. Growlers of beer are available to go.
They have also started a popup lunch on Fridays and Saturdays from 11 a.m. till 2 p.m., Schleman said. It’s a quick way to get lunch, he said, with limited items to chose from, featuring soups and sandwiches. They also have children’s meals, too.
The Eaton Rapids Craft Co., located at 204 North Main Street in Eaton Rapids,  is open Tuesday through Saturday, starting at 4 p.m. Call them at 517-441-9296.  Visit them on Facebook at Eaton-Rapids-Craft-Co. 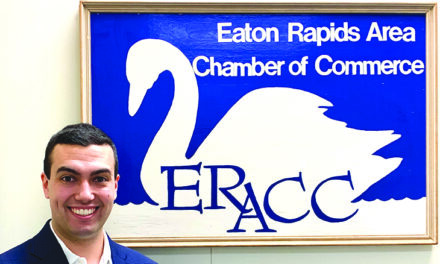 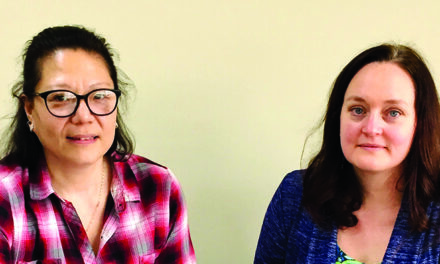 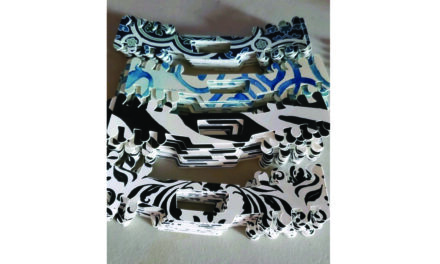