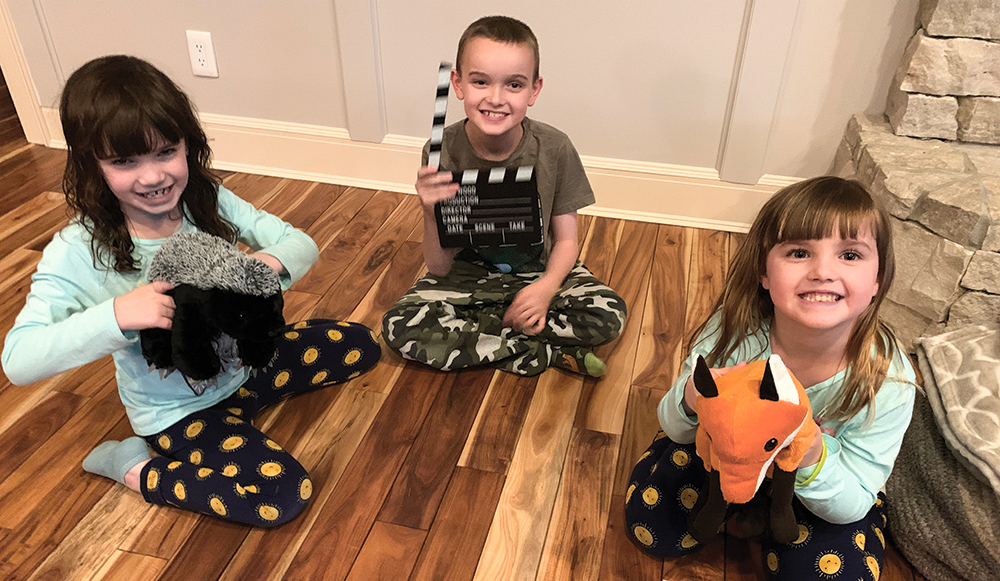 — I have had lots of firsts as well as mighty fine entertainment in my “shelter in place” phase. My evening and weekend entertainment has soared in both number of events and the number of laughs that I get.

Skype is a marvelous tool to connect. My grandchildren have been calling twice a day. First, one of them announces what the program for the night is; then the follow-up call is the show. So far, we have seen a fashion show with six dresses made in the home-sewing center, had a tour of two LEGO sets and saw a play that had both intrigue and a heist.

The extravaganza event was an animal-fight promoter’s dream. The evening looked like two of the NCAA brackets. There were 32 animals of all shapes and sizes. The grandkids had a schedule with lions, tigers, birds, bugs, snakes and fish. The lights would go on to see the competitors. The referee would introduce the combatants, and audience members voted on who would win. The lights would go off amid some grunts and groans, with one animal left standing when the lights came back on. We watched 16 first-round fights.

I forgot to mention that we learned about the powers of each animal contestant before the battle began. Four animals received a reprieve from the burial ground to reenter the fray. The honey badger beat a bear, whale and a gorilla to win our own “March madness.”

Speaking of March madness, our Eaton Rapids Board of Education members held their first electronic board meeting on March 22. We had eighteen participants. They made decisions, saw presentations and had discussions.

This is a time of all kinds of new video gatherings.

Bill DeFrance is ERPS superintendent (and a proud grandpa).