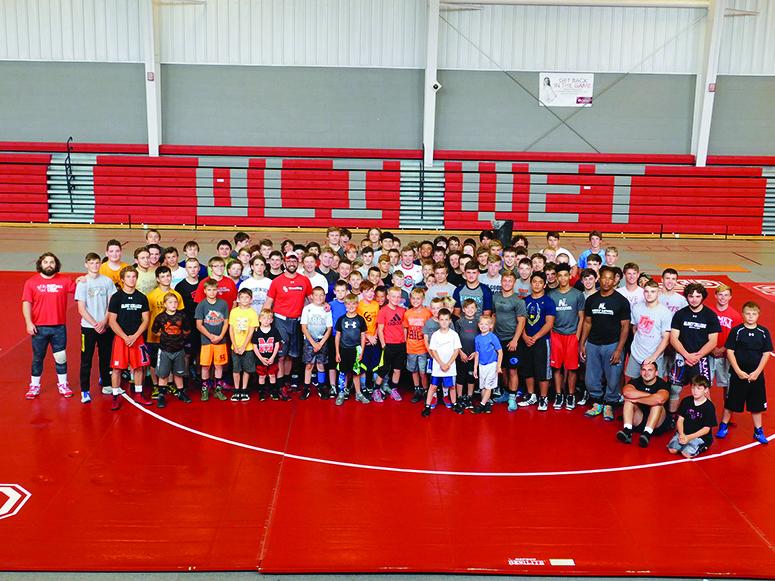 Sunday, June 24 through Tuesday, June 26 Olivet College hosted the annual summer wrestling camp. Directed by Olivet College head wrestling coach Brandon Brissette, student wrestlers from around the state attended to receive top-notch instruction, attend clinics with well-known wrestlers, and participate in tournaments. Just over 100 students from elementary school to high school ages attended the 2018 camp, and Brissette believes it was one of the best camps they’ve had since he started as head coach 10 years prior.

The Olivet College wrestling camp has been going on since the late 1960s. The number of students who have attended the camp over the years has waxed and waned, but Brissette, and assistant coach Adam Wilson, have worked hard in the last few years to make the camp grow by offering a high quality experience that goes beyond their own knowledge and coaching. Counselors at the 2018 camp included three time NCAA All-American Bo Jordan from Ohio State University, NCAA All-American and World Team member Alec Pantaleo from University of Michigan, five time USA World Team member Dalton Roberts, and three time MHSAA champion Kanen Storr from Leslie High School.

One of the big selling points for the Olivet camp, according to Brissette, was hearing the testimonies of the guest counselors and clinicians. Not only did they share their wrestling expertise with campers, they also shared about their stories and life experiences, how mental fortitude helps on the mats, how to stay on top of academics while wrestling, and how to overcome various life obstacles by viewing them through the lens of wrestling.

Camp counselors were not the only diverse group at the camp, however. Many students from the greater Olivet area attended the camp, but there were also students from Indiana, Boyne City, Detroit, Jackson, and more. There was also a wide age range of students. Boys as young as five attended to try wrestling for the first time, and high schoolers attended to strengthen their method for collegiate level wrestling, as well as to tutor the younger students.

The legacy of the Olivet wrestling camp was present not only in the campers who attended, but also of the former campers who returned, some as parents of current campers, and some as instructors. Adam Wilson was one of those returning campers who attributed his position as assistant wrestling coach at Olivet College to attending the camp when he was a child. Brissette and Wilson have a few teammates who attended the camp when they were younger, and they’re further testament to the good the camp does to equip young men not only with good wrestling moves, but also with life skills and goals.

Parents and students interested in registering for the 2019 Olivet College Wrestling camp can visit olivetcomets.com next spring for more information. 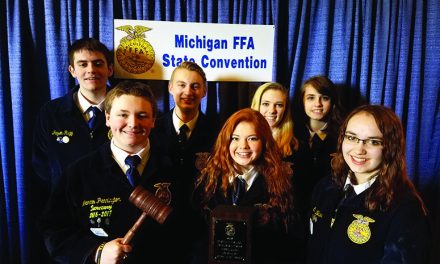 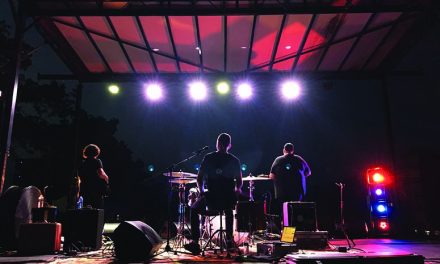 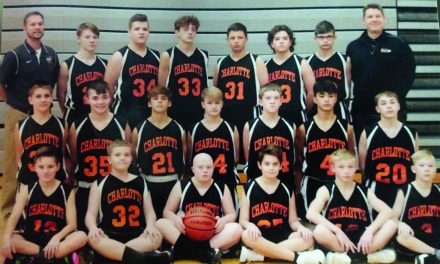