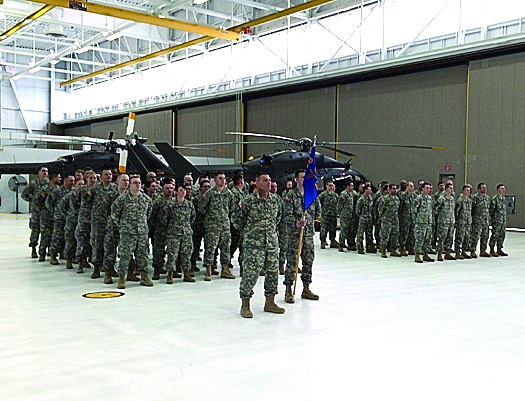 Hundreds of family and friends gathered at the Michigan Army National Guard base in Grand Ledge Monday, Dec. 2 to say goodbye to 90 members of the 3-238th General Support Aviation Battalion D-Company, who are being deployed to Kuwait in early 2014. Members of the Battalion will spend 60 days training in Ft. Hood, Texas before heading to Camp Buerhing in Kuwait.

“I want to thank all of the family members that are here today and all the community members that have come out in great numbers to support our soldiers, this is a great community and we are so grateful for the support,” said Major General Gregory Vadnais, Adjutant General for the State of Michigan. “I just want to say how proud I am of each and everyone of our soldiers, we will keep you all in our thoughts and prayers.”

Among the family and friends in attendance was Charlotte resident, Jennifer Beller, who was there to see her husband, SSG Nick Beller off on his second deployment.

“It doesn’t get any easier,” Jennifer said of Monday’s goodbye.

Nick’s first deployment came in 2002, before the two were married. He spent nearly two years in Iraq.

“During that time, I got deployed,” said Jennifer, who is also a member of the Michigan Army National Guard. “In two and a half years, we got to see each other for only six weeks.”

The couple has been married nearly eight years now and Jennifer said it will be difficult not having him around.

“Now I have a big house to take care of, but my daughter is a real help,” Jennifer said. “There is a lot to keep me busy and keep my mind occupied.”

Jennifer said her one piece of advice for family members of deployed soldiers is to surround yourself with friends and family.

“Try to find activities that will keep your mind off of your loved one being gone,” she said.

Vadnais said the Battalion will provide support on a variety of missions while in theatre in Kuwait, joining approximately 400 members of the Michigan Army National Guard currently deployed. 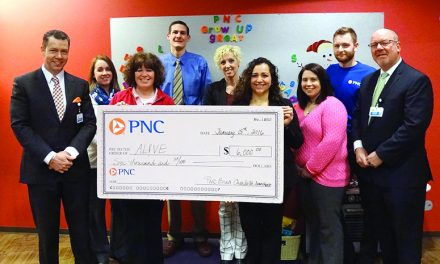