As parents, we all want the absolute best for our children — for them to be able to live out their dreams. Not many of us, though, get to be by their side when their dreams are realized.
Joe Davis’s dream was to become a sports broadcaster. He knew that was what he wanted do with his life by the time he was a student at Potterville Middle School. Joe grew up watching his father, Paul Davis pace the sidelines on fall Friday nights as head coach of the Potterville High School football team. Joe’s love for the game of football grew from those first years serving as ball boy for his father’s high school teams.
His relationship with the game and his love for sports grew from there. Eventually, he made his way onto the team and to the starting quarterback position. It was his first opportunity to work alongside his dad.
“It was a really special thing,” Joe said. “But, it’s even more unique to be able to do what we’re doing now.”
Following four years on the Beloit College (Wisconsin) football team, Joe realized his dream of becoming a sports broadcaster when he joined ESPN just two year after graduating. He was calling national college football, basketball, baseball, softball and hockey games. In 2013, Joe became the youngest broadcaster in ESPN history to call a college bowl game.
With a promising career well underway, Joe made the move in 2014 to FOX Sports, which afforded him a tremendous opportunity. He was able to select part of his broadcast team — including a spotter for college football games. Immediately, he thought of his father.
“I wanted to find a way to get him involved,” Joe said. “He was winding down his career and I figured it would be a great spot for him.”
Paul joined Joe in the booth full-time last year, working as a spotter for FOX Sports broadcasts of Pac 12 and Big 12 college football games. A spotter helps a broadcaster identify players involved in each play on the football field. Paul now has a front-row seat to witness his son living out his dreams.
“His mother Laurie and I are certainly very proud of him and his accomplishments,” Paul said. “We feel he’s blessed with the track he’s on. But he’s done a lot of that by being hard working. As parents, we’re blessed to have had the good fortune of having three good kids. All three of them have just outstanding work ethics.”
Paul approaches his new job with the same kind of work ethic. He knows each broadcast takes speed and accuracy.
“He prepares for the game as a spotter like he’s preparing as a coach,” Joe said. “He’s great at it. There are times where you may get a player wrong or something and I have to talk him off the ledge, but he takes it as serious as he did coaching.”
“It looks like a lot a fun, but it’s really pretty stressful,” Paul said. “(Joe) counts on me to be accurate. When I’m not, it’s not a good thing for his credibility. I strive to be as accurate as I can. Sometimes you have to give up the speed to double check, which can be tough. To do it is not too tough, but to do it well, it’s pretty demanding.”
Despite the demand, Paul still gets to travel with his son each week to some of the great college football venues in the country. Joe said there are times when he pauses and realizes he’s calling a game at a stadium he grew up dreaming about. One such moments came early on with FOX. He was calling the University of Southern California vs. Arizona State football game at the Coliseum in Los Angeles on Oct. 4, 2014. His brother Sam was a student there at USC at the time and was celebrating his birthday. Their mom Laurie was in the stands, surprising Sam with a birthday visit, and Joe and Paul were in the booth working the broadcast.
The game came down to the final play as Arizona State capped an improbable comeback with a Mike Bercovici 46-yard pass to Jaelen Strong as time expired.
“Do you believe it? Arizona State wins on a Hail Mary!” Joe said to those watching the FOX broadcast.
It was one of those moments in sports you never forget. And, there by Joe’s side after making such a memorable call, was Paul, watching his son make his dream his reality. 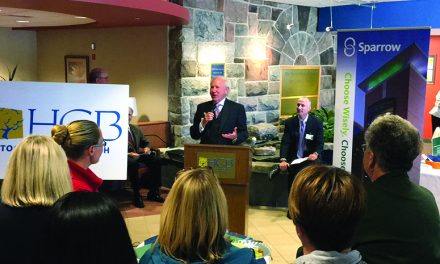 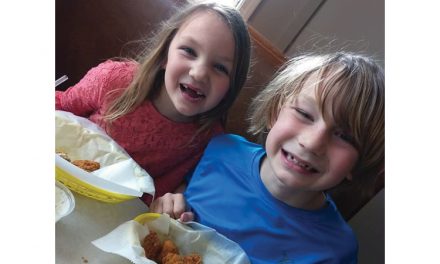