There are sure to be plenty of smiles to go around when the fall sports season opens in Potterville next year. The biggest may belong to the Potterville High School football announcer, whose job just got a lot easier and a lot more comfortable.
Construction of a new $1.3 million athletic complex at Potterville High School is near completion. And, the jewel on top is the new press box that resides at the peak of the new home bleachers. The project, which began this past June, relocated the high school’s football field to inside the existing track, which was also completely resurfaced and painted.
“This is right in line with making sure we have nice facilities for our students in academics, in athletics and in the arts,” said Tim Donahue, Superintendent of Potterville Schools.
The $1.3 million comes out of the district’s sinking fund, which voters approved in 2006.
The new press box replaces what existed at the former football field, which was constructed in 1960. Ken Kleinfelt, director of buildings and grounds for Potterville Schools, said the new press box is weatherproof, insulated and heated. Maybe its most important feature, at least for the announcer and clock operator, is that their view of the field will be enhanced and will no longer be obstructed by excited fans when the Vikings make a big play.
“Before, if there was a big play and the crowd stood up to cheer, you wouldn’t be able to see the field,” Kleinfelt said. “Also, something we are really excited about is that the cheerleaders will finally be able to get right out in front of the crowd. There’s also room for the band to use as a staging area, which is one of the byproducts of this project that makes us really happy.”
Donahue said the district is still talking about the possibility of naming the new complex in the future. In the meantime, the track team will be the first to utilize the new facility in the spring.
Donahue said the district has utilized sinking fund dollars in the past to resurface parking lots, install the new digital sign in addition to several remodeling projects.
“We are really appreciative of the taxpayers for establishing the sinking fund,” Donahue said when announcing the project in June. “This project utilizes dollars already received from the taxpayers.” 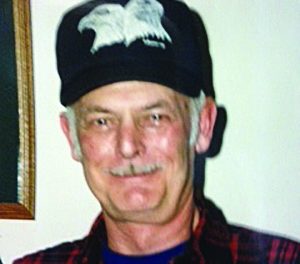