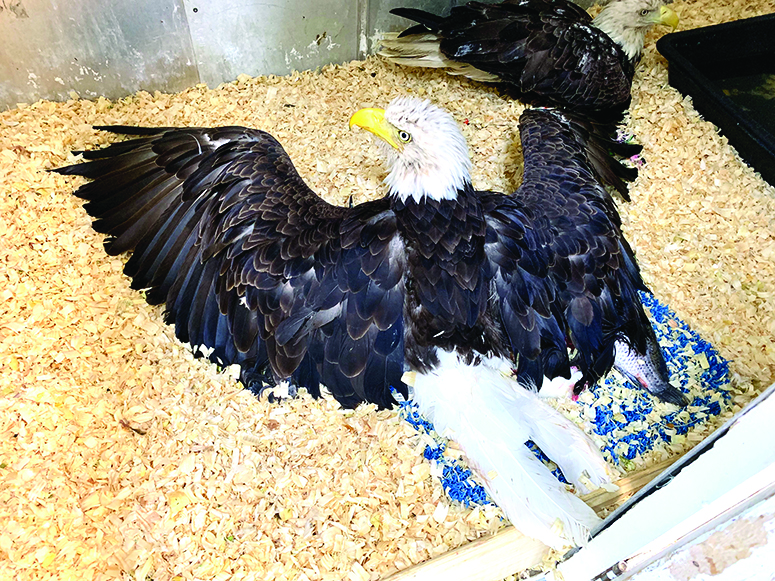 It’s hard to imagine that someone would intentionally hit a bald eagle with their car as it stands in the road, eating. Louise at Wildside Rehabilitation and Education believes this is probably what happened to Freedom, an 8-year-old female Bald Eagle. The majestic bird now shivers in its habitat at Wildside; spinal trauma leaving it unable to use its legs or tail, rendering it flightless.

She was brought in on Aug. 19 after being found on Canal Road in Eaton Rapids. On Aug. 24, Freedom took her first tentative steps since being hurt. No fractures have been found in the bird. An anti-inflammatory has been prescribed to reduce the inflammation around her spinal cord.

“Her release is our goal, of course,” said Louise. “If she has the ability to stand, she will be released.”

The staff members at Wildside are experienced in dealing with dangerous animals. An adult bald eagle’s talons are 2- inches long and are capable of exerting a force of 1,000 pounds of pressure per square inch, and the beak is even worse. Staff members, however, calmly and professionally work with the raptors as if they were their children.

The bald eagle is protected by the Bald and Golden Eagle Protection Act, even though it has been delisted under the Endangered Species Act.

“Two years ago we would not be looking at eagles here. They have definitely made a comeback for this area,” Louise said.

There are no other facilities for birds of prey in the area; MSU having closed theirs, she said.

Freedom joins Justice at Wildside. Justice is 36 years old (age has been determined for both Eagles from their leg bands), which is “elderly” for a Bald Eagle. Their lifespan in the wild is usually about 20 years. Justice was found in Sanilac County and was brought to Wildside about two months ago, also severely injured, possibly due to a gunshot or an animal attack. Justice is recovering from her injuries, but still has a way to go.

Both birds feed on fish, and Wildside is requesting the public’s help in feeding them as their supply is dwindling. They must be whole fish, not gutted, as the birds don’t recognize fillets as fish. They can be frozen. Bottom feeders, such as catfish, cannot be used, however. Cash donations are always welcome, also, to help pay for the care and feeding of all the animals at Wildside.

To get more information about how you can help, contact Wildside Rehabilitation and Education at (517) 663-6153. 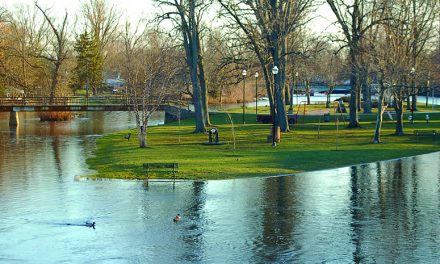 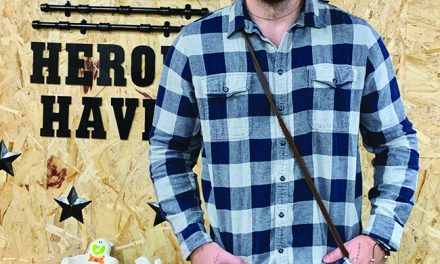 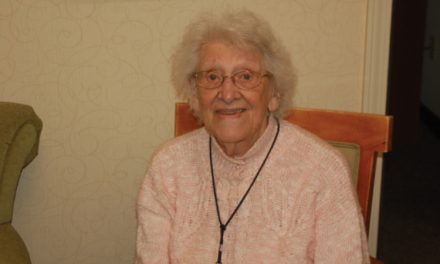 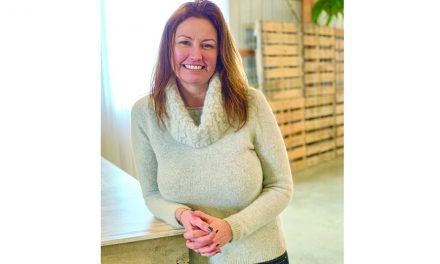