A few reasons when we only need one

Two weekends ago during Charlotte’s annual Frontier Days Parade watchers likely noticed many usual sights — marching bands, horses, tractors, fire trucks, children waving from their floats, various community organizations, and more. A typical parade? Maybe, but it is Charlotte’s parade, one that still swells delight, nostalgia, and anticipation for many.

Amidst the usual festivities of this year’s parade, however, one small detail stood out from the sounds and sights. It was the flag of the Confederacy, or the rebel flag or Dixie flag, as some refer to it. More precisely still it is the design of Robert E. Lee’s battle flag of the Northern Virginia army. For the sake of this column in our context, I will refer to it as the Confederate flag.

A few parade attendees noticed the presence of the Confederate flag amongst the color guard and called in to WILNX News 10 to report the sighting. It was not long before the digital article, as well as another published by LSJ made rounds on social media and a digital community conversation erupted. A subsequent clarification was made by the Mid-Michigan Mounted Color Guard, as well as an apology from the Frontier Days Board of Directors.

Still, the question of “why?” looms over the event. Why fly the Confederate flag in the first place? Why fly it at a parade in Charlotte? Why fly it in a northern state at all?

In recent years the tension around the Confederate flag has been mounting on a national scale with liberals insisting any appearance of the flag or other vestiges of the Confederacy must be torn down while rightwing types insist it’s all just equal history, and more radical rightwing types proudly display such vestiges as modern sociopolitical symbols. Such was the tone of conversation surrounding the flying of the Confederate flag in the Frontier Days Parade — liberals arguing it was out of place, and indeed, offensive, while some brands of conservatives argued for its historicity.

I have long been perplexed by the flying of the Confederate flag, at least in a northern state. Like many of my peers and comrades who grew up in Charlotte and surrounding areas, I saw the Confederate flag flown from porches, trucks, and even flagpoles. Simply from my understanding of history and cultural narrative of the flag, not to mention my own parents’ insistence that the Confederate flag was inherently un-American, I could not reconcile in my mind why northerners would fly it. “Is it not the symbol of a failed rebellion? A rebellion that our state fought against and helped win, no less?”

Such questions signify the first reason why the “Confederate flag” should not be flown at all, let alone in a northern state, and especially not in an event as innocuous as a parade. If that flag is the modern representation of the southern rebellion, over which a war was fought and won, that alone is reason enough not to fly the thing. Who continues waving the banner of a separatist rebellion and defeated enemy, let alone in the territory of the victor? That would be the equivalent of Great Britain continuing to fly flags of the 13 original Colonies from the Revolution, had Great Britain won the war, of course. The Revolution was, after all, a British revolution, not American revolution, as the Confederacy was similarly an American rebellion, not a Confederate rebellion.

The last reason, for what could and should be the sole reason not to fly the Confederate flag, is its consistent use as a symbol of segregation, white supremacy, racial minority suppression, and racism. The historical context for that reality is ample and irrefutable. Only fools and frauds would deny it. But it’s not simply the flying of the flag, it is its impact. The diversity of interpretation of the flag is laughable at best, but what is not laughable is an entire swath of United States citizenry that know that flag as a symbol of their ancestor’s oppression.

While some see the flag as a symbol of southern pride, simply as an antiquated piece of history, or something not worth arguing over, many see it as a reminder of how in a different time it would have been socially acceptable to be forced to sit in a different part of a bus or to use a different water fountain, kept from voting, sold and owned as property, or brutally terrorized or even murdered simply for existing. While there are many reasons not to fly that particular flag, whatever one wishes to call it, this is reason enough. 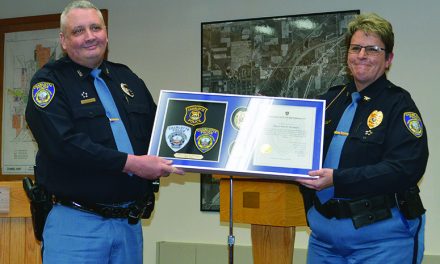